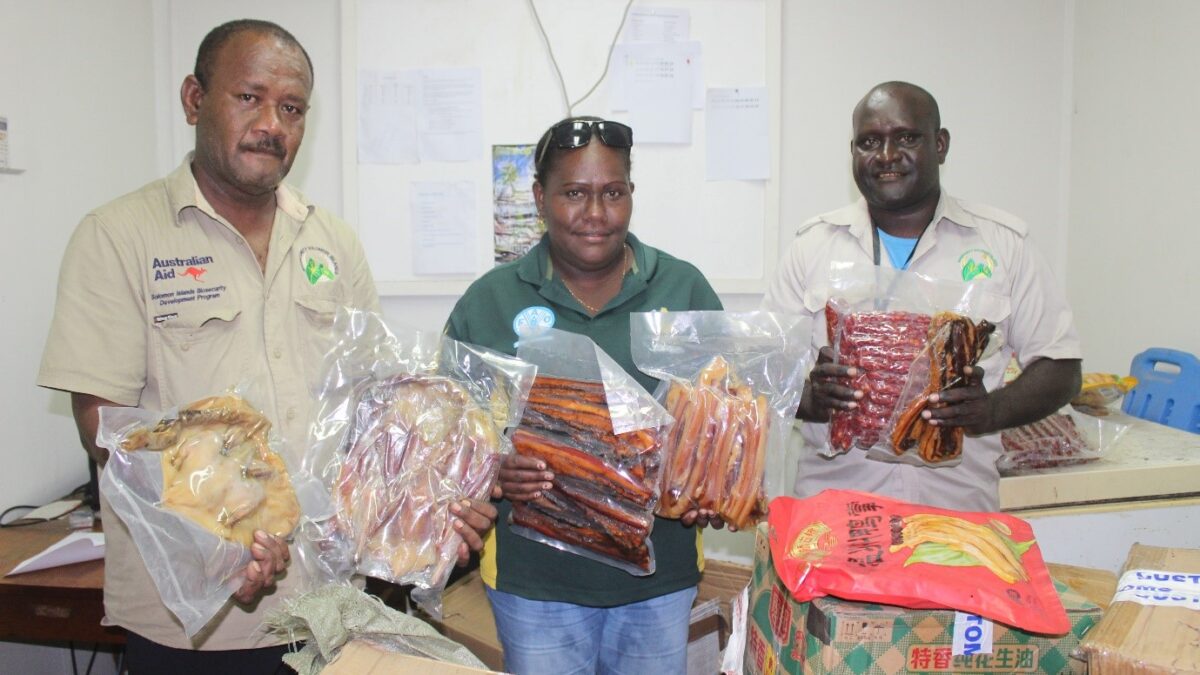 Biosecurity officers of the Ministry of Agriculture and Livestock (MAL) yesterday (Thursday 25th February) impounded dozens of concealed goods from a shipment at the Ports International wharf in Honiara.

The goods were seized after officers found that the importer, My Solo LTD, breached the country’s biosecurity regulations by importing the products without a valid import permit.

“Importing products without an authorised BSI import permit is an offence under the biosecurity laws and offenders may face penalties for non-compliance or court of law,” Biosecurity officer, Jordan Lavia who involved in the operation said. 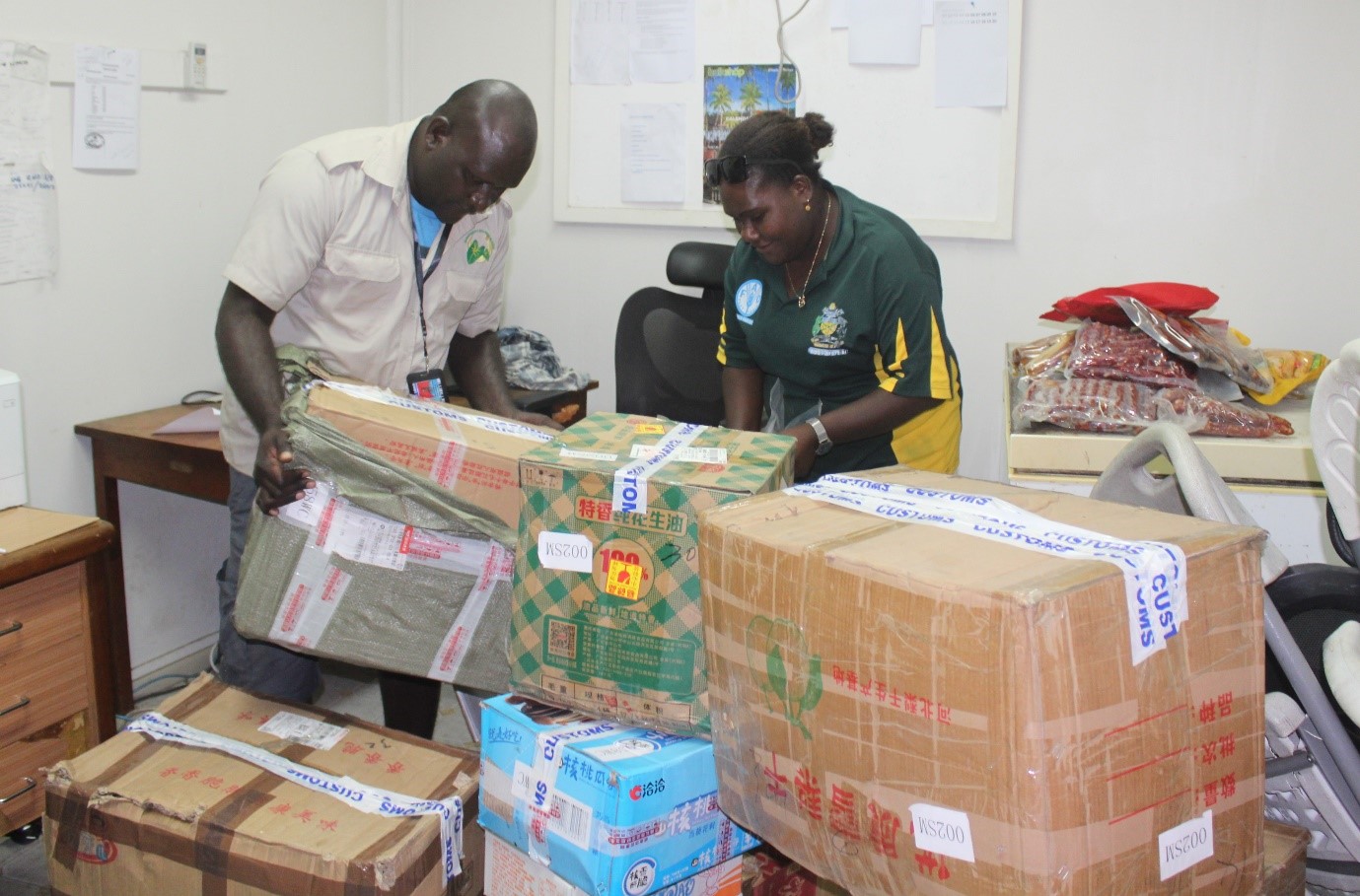 “The carton of goods were concealed inside a shipping container in multiple locations in a manner intended to avoid detection and examination by our biosecurity officers.

“However, through a collective effort with the customs officers, we manage to remove the items. All the products are from Malaysia. The goods also include, pork meat which currently under Biosecurity ban at the moment and other meat products prohibited under biosecurity laws for importation,” Mr. Lavia said. 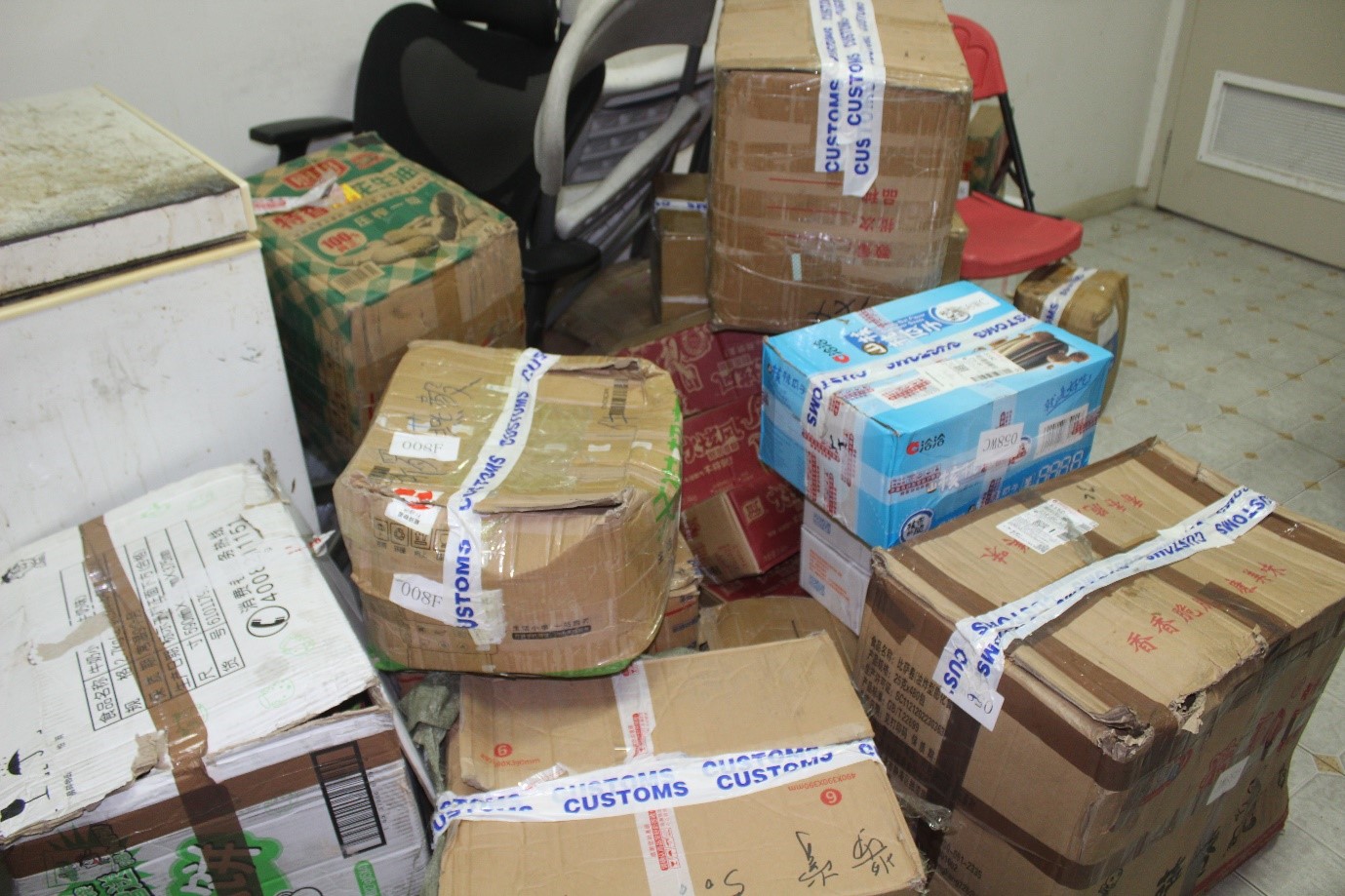 Biosecurity Director, Francis Tsatsia while applauding his officers for the great efforts said his office have directed that a formal investigation process will be carried out into the matter with the intention to charge and prosecute the offender with biosecurity offences before court.

He also assured the public and trading companies that Biosecurity Department of MAL continue to facilitate legitimate trade, however the office (BSI) will robustly pursue and punish non-compliance with biosecurity regulations.

The confiscated items/products are listed below.