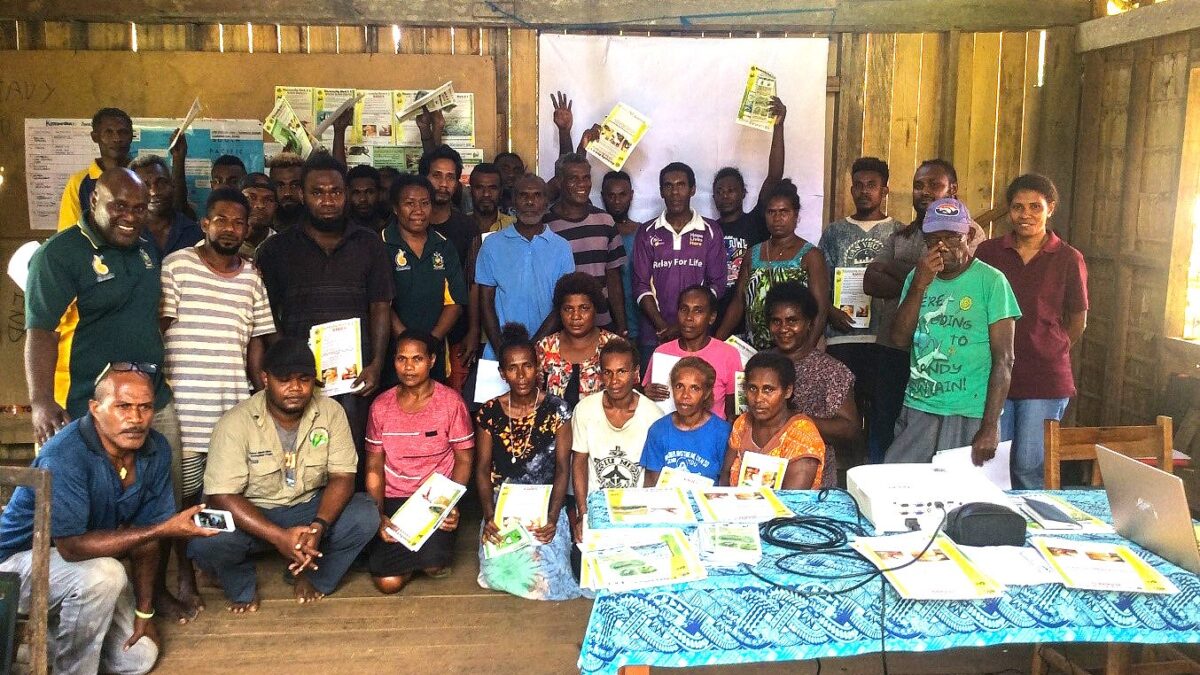 Biosecurity officers, JICA rep and Ministry of Forestry officers with community member participants during the awareness-training.

Biosecurity officers of the Ministry of Agriculture and Livestock (MAL) conducted a one-day awareness training on integrated pest and disease management for Komuniboli community members in East Guadalcanal on 15th April 2021.

Focused on pest control, specifically on Giant African Snail (GAS), the training was conducted upon request by Japan International Cooperation Agency (JICA) with the aim to address attack of GAS on its (JICA) Agroforestry project site there, raise awareness for community farmers on invasive pest and aware them on signs of (new possible) pests.

Jean Manepora’a who was part of the awareness team said the awareness-training was a success with the establishment of a biological control agent for GAS by their team at the village/community. 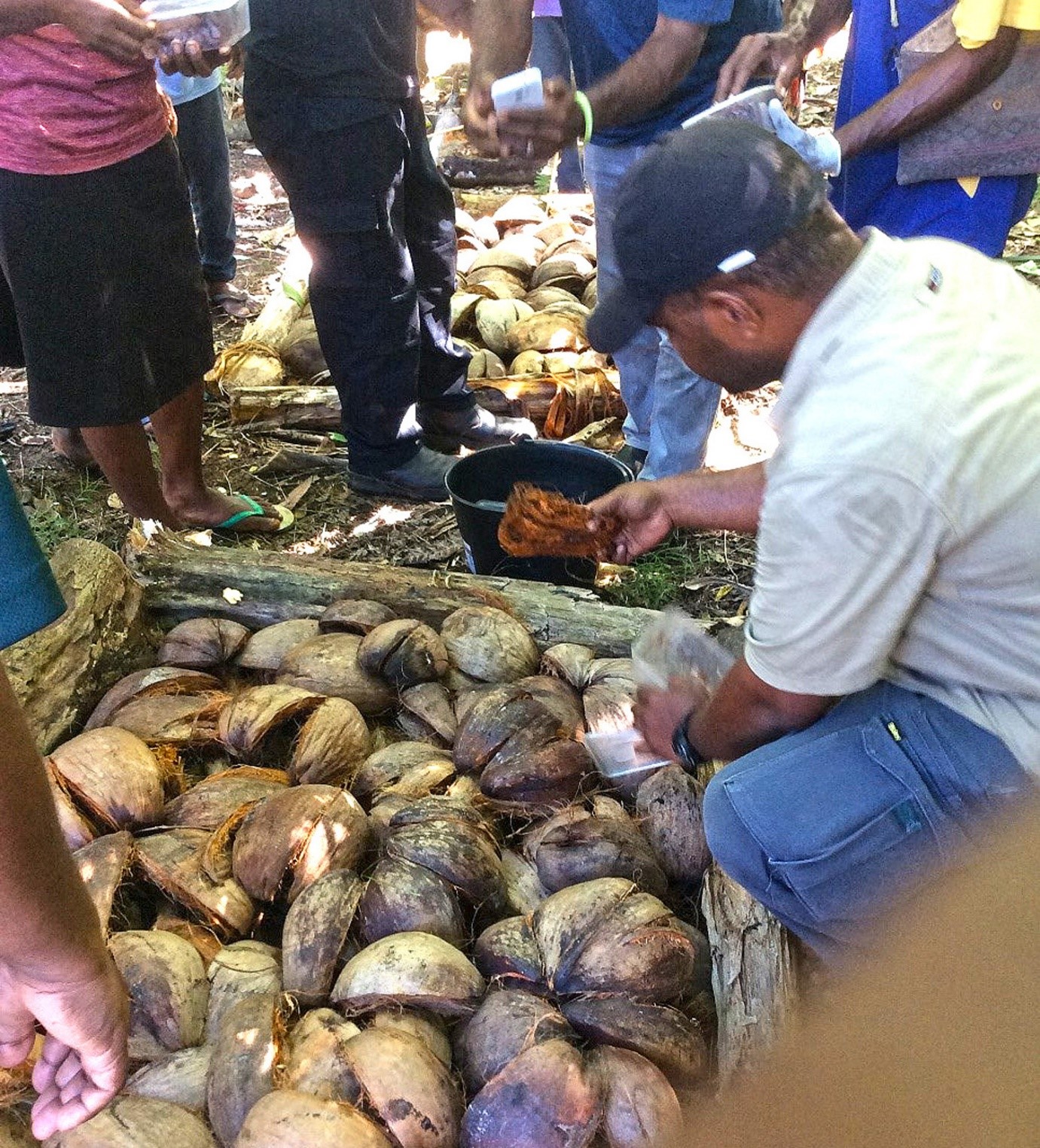 “There was an MOU signed between BSI and JICA under its (JICA) project on Capacity Development for Sustainable Forest Resources Management in Solomon Islands. The MOU is to permit BSI to carry out awareness and trainings on regulated pests like Giant African Snail (GAS) and Coconut Rhinoceros Beetle (CRB) at its project sites of Agroforestry which are established at Komuniboli in East Guadalcanal and Falake community in Malaita province. Now, that we have done with the first one, a similar training under the same project is anticipated for Falake community members in West Kwara’ae, Malaita province in due course.”

Mrs. Manepora’a said it was encouraging to see the whole community came out in numbers and help out with the establishment of four blocks of biological control trial sites, with New Guinea Flat Worm (platydemus Manokwari) being used for the biocontrol of GAS.

“The awareness-training really equipped the community members as they acquired practical knowledge and techniques on the management of pest and diseases.

“Establishment of the biocontrol agent at the site/community is a project that BSI firmed with Komuniboli community under JICA’s agroforestry project as part of a collaborative efforts to control the spread of GAS within the vicinity.” 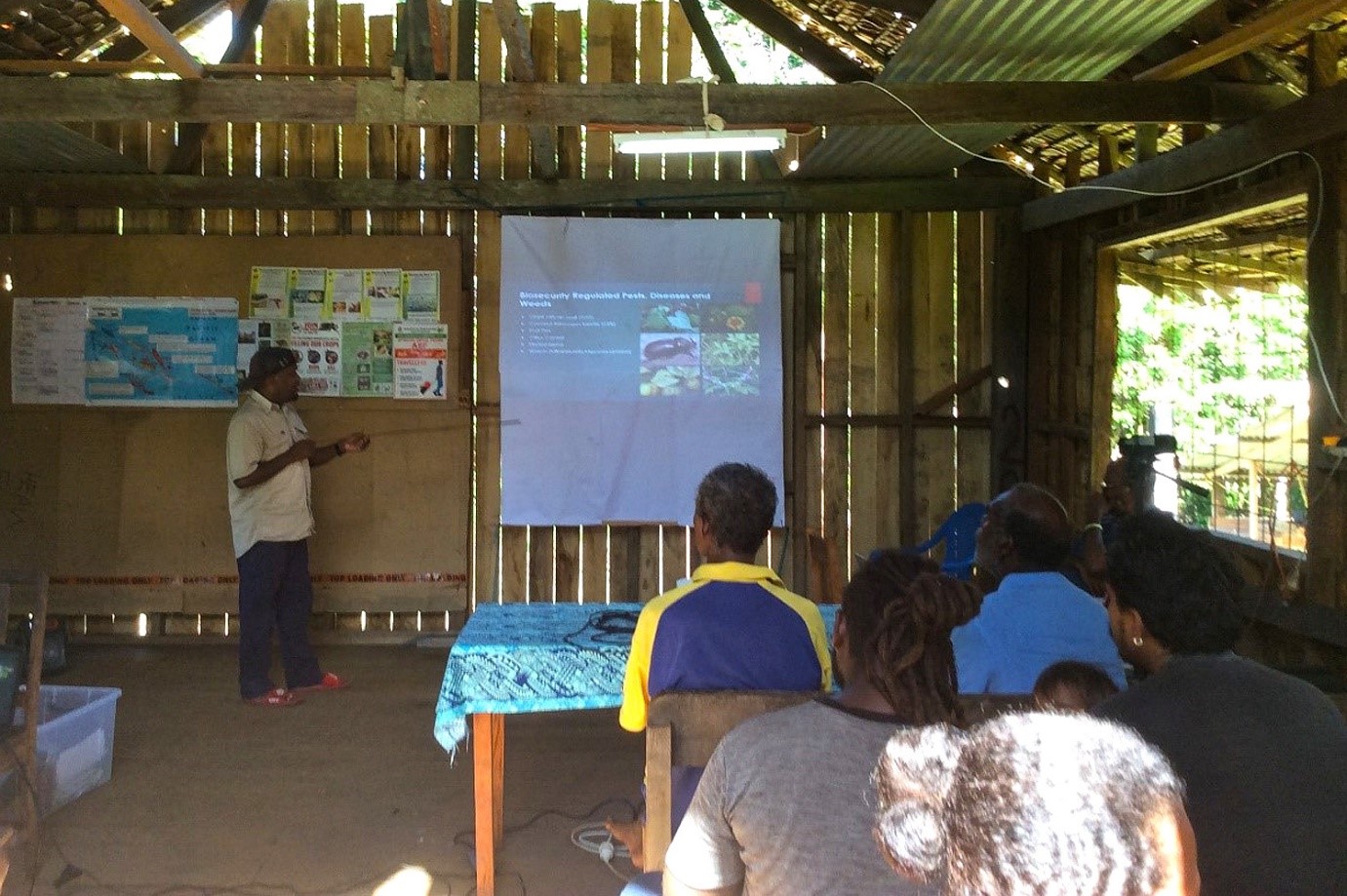 It was first reported at Ranadi, Honiara and is believed to have arrived in the country on logging equipments that had been landed without biosecurity clearance.

MAL through its Biosecurity department has carried out active campaigns to eradicate it but after that proved impossible, to reduce its impact and contain it to the outbreak area.

To date it is now confirmed that the CRB has spread to some parts of the provinces except for Choiseul province and the worst infected provinces are Malaita, Guadalcanal, Makira (mostly Ulawa), Central Province especially Russell Islands and Ngella and Rennell and Bellona and Malaita Outer Islands (MOI).