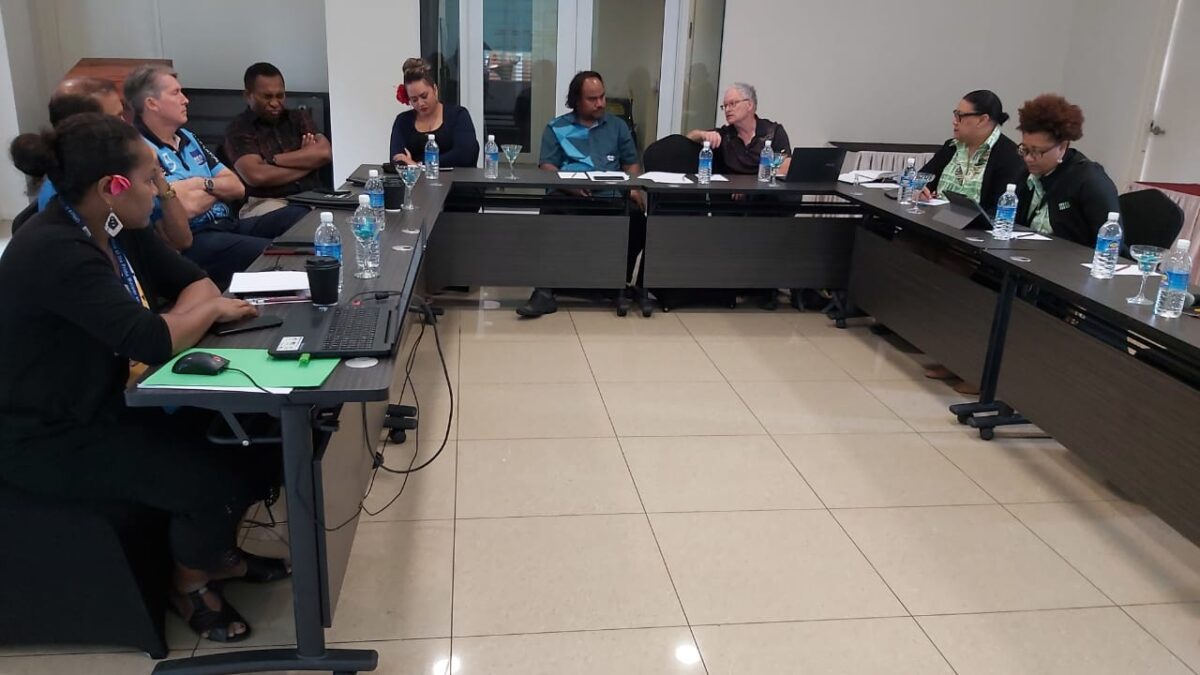 Banking Institution representatives at the meeting

Banks and the Solomon Islands Chamber of Commerce (SICCI) have expressed support towards hosting the Pacific Games 2023, while, requesting the Government to clearly outline areas for possible support in preparing Honiara City for the Games.

Top representatives from Banking Institutions and SICCI met members of the Government Services Integrated Committee (GSIC) last week (Friday 11 November 2022), to discuss how the private sector could support the Government in preparing for the Games.

At the meetings, Banks and SICCI representatives welcomed the Government’s strong commitment to host the Games with the inclusion of the Safe and Green Games Initiative to beautify Honiara city ahead of the Games.

The Banks and SICCI representatives noted the Government’s call for private sector partnership while at the same request the Government to provide clarity on the Governance aspect of funds to be provided by the Private Sector.

The two institutions are prepared to mobilize their members once all Government plans are finalised and endorsed, especially, in areas such as the Safe and Green Games initiative to beautify Honiara city.

In addition, the Banks have pledged to use their facilities to inform and promote the Games to their members, while at the same time requested the Government and Honiara City Council to pass legislations to enforce its bye laws to step up on its regular functions and services in the City,

Chair and Coordinator of GSIC in OPMC, Bernard Bataanisia, conveyed the Governments appreciation to the SICCI and Banks for the meeting, and their support to the Government for the hosting of PG 2023.

He stated that the Government would continue to engage with SICCI and the Banks, as we prepare for the hosting of the Games.

Further discussions between the GSIC and the Private Sector and other stakeholders are ongoing.