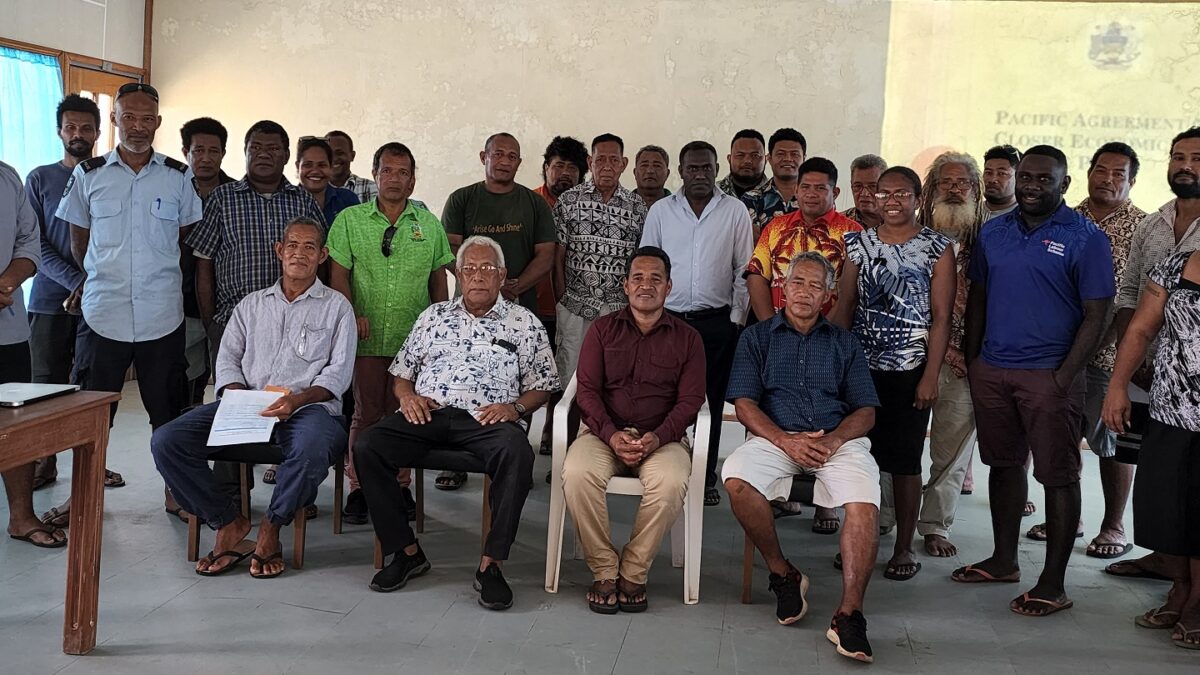 Facilitators and Participants at the awareness programme in Rennell Bellona Province

AWARENESS ON TRADE AGREEMENTS AND LABOUR MOBILITY IN RENBEL CONCLUDED

The Ministry of Foreign Affairs and External Trade recently concluded a two-day awareness in mid-September 2022 on Trade Arrangements and Labour Mobility in Tigoa, Rennell Province.

Discussions delved into how to utilize opportunities under these trade agreements and in particular for trade in goods whereby duty free treatment is accorded to originating goods and determined by Rules of Origin (ROO), of which each trade agreement has its specificities. In addition to traditional trade in goods, participants were also informed of Labour Mobility schemes that Solomon Islands has with other countries, namely Australia and New Zealand and the significant economic benefits that they bring to the Country as a whole.

This provincial awareness program had begun in 2019 which covered six (6) Provinces however due to COVID-19 restrictions, the three (3) remaining provinces were only covered this year which included Rennell Province.

During the visit, Trade Commissioner in the Ministry, Barrett Salato paid a courtesy call on the Provincial Government prior to the commencement of the awareness and held talks with Deputy Provincial Secretary Aubrey Saueha.

The stakeholders discussed potential agricultural products that can be developed and expressed their concerns on the infrastructure challenges and inflation felt in the province that would hamper them from fully participating under these trade agreements. Discussions on Labour Mobility Scheme was welcomed with great interest. Participants expressed concerns on the limited number of people from the province joining the scheme and encourage fair participation of their people under the program.

Speaking in front of Provincial Government Executive, Government officers, private sector and community leaders, the Trade Commissioner, Barrett Salato highlighted that, ‘International Trade is an engine of economic activity and growth in this country, but it can only be meaningful to the lives of the people if they engage and participate fully in the productive activities.’