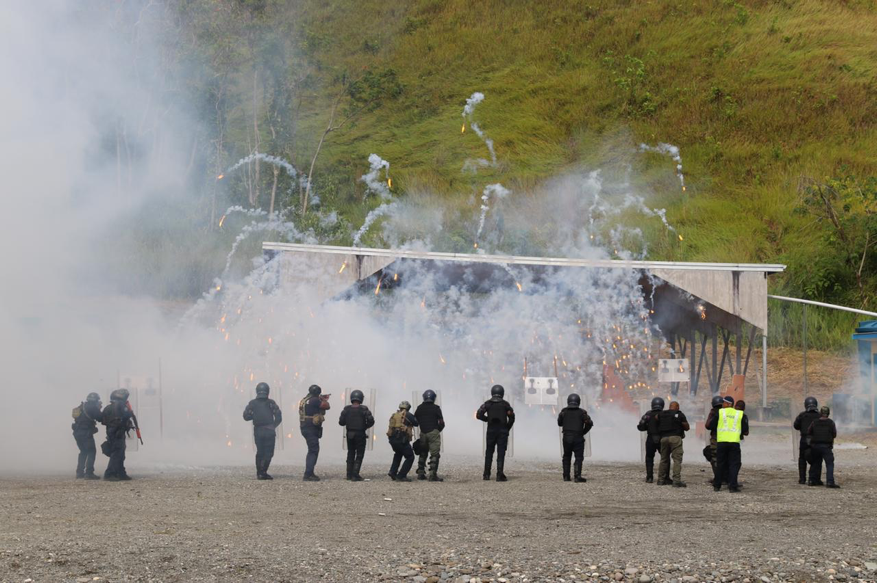 RSIPF officers demonstrate their training in a high-risk setting at Tenaru Firing Range. 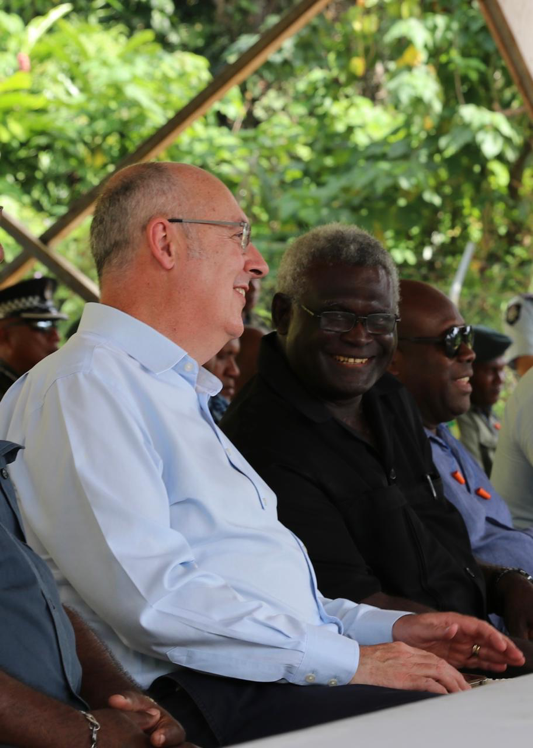 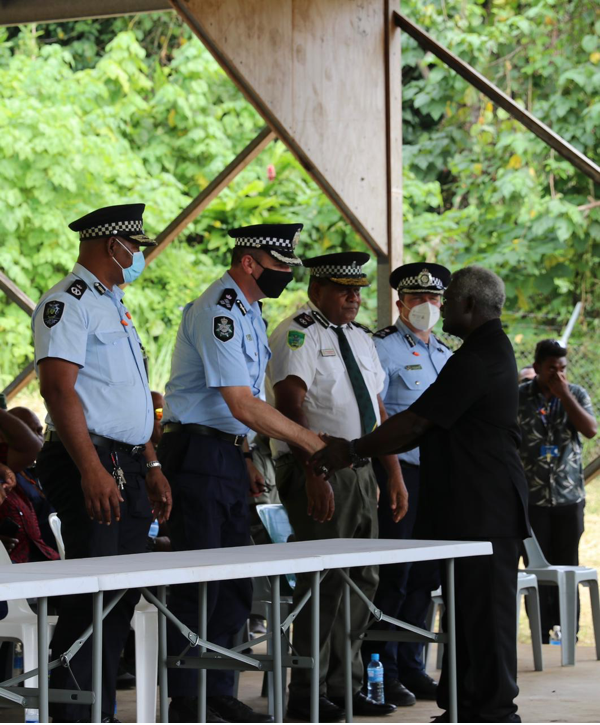 The demonstration, which involved live-firing of new Short Barrel Riffle (SBR) – MK18 weapons, was led by the Royal Solomon Islands Police Force (RSIPF) who were implementing their skills following training conducted in Brisbane earlier this year.

“The RSIPF officers who undertook this training have qualified to be both users of the weapons, and instructors,” said Dr. Strahan.

“It is always important that once someone has an instrument of lethal force, they have the right training to know when and how to use it.”

The rifle delivery and training is an element of the RSIPF Strategic Direction Plan 2021 – 2025 under the RSIPF-Australian Federal Policing Partnership (RAPPP).

“A key aspect of this partnership is to assist the RSIPF with its limited rearmament program. In part it’s about tailored training, and specialist tactical equipment and this demonstration marks a milestone.”

The RAPPP program delivers infrastructure, equipment, vehicles, health and wellbeing programs and leadership. A core focus of RAPPP is also support for major events, including the 2023 Pacific Games and the next National General Election.

The High Commissioner said the program is one part of the deep and longstanding security partnership between Australia and Solomon Islands.

The Solomons International Assistance Force (SIAF) will remain in country until the end of the Pacific Games. SIAF is a regional Pacific family operation, with personnel from Australia, New Zealand, Fiji and Papua New Guinea.

Australia’s defence cooperation program is delivering other security elements which are important in mainlining the peace and security of Solomon Islands. This spans patrol boats, Eastern and Western border outposts, an interoperable radio network and increased assistance on explosive ordnance disposal.

“Australia has been there for Solomon Islands through thick and thin, through good days and difficult days.”

“You can rely on Australia to help keep this country safe and secure into the future,” Dr. Strahan said.

Prime Minister Manasseh Sogavare acknowledged Australia for the continuous support to improve the capacity of the RSIPF, and further made the assurance that Australia will remain the partner of choice for Solomon Islands.

The Prime Minister said “Australia will always be the first country to be called upon should the Solomon Islands need external assistance”. 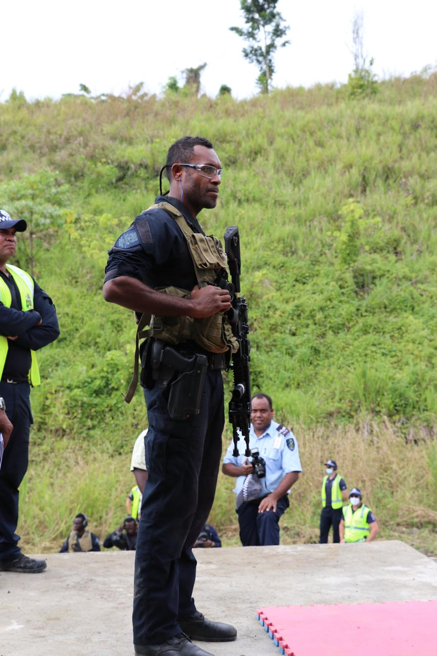 RSIPF officer prepares to fire MK-18 rifle at a target.