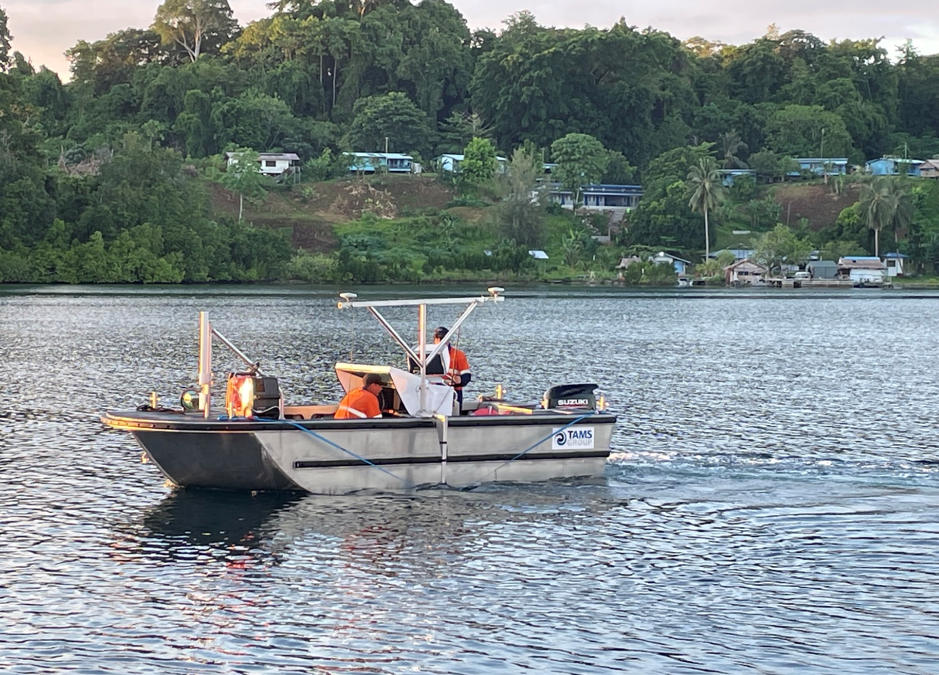 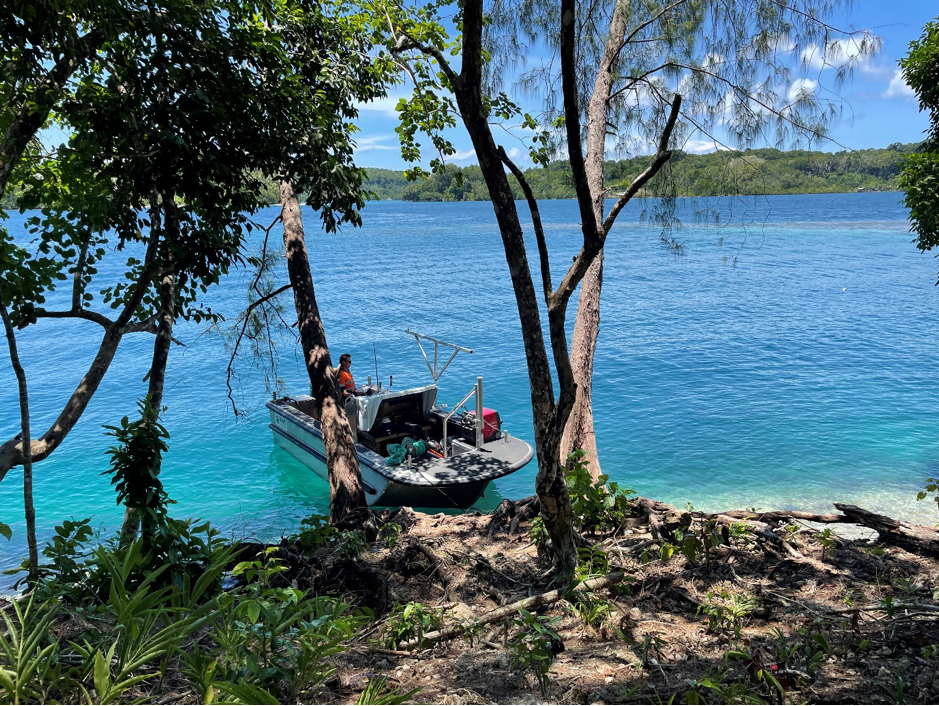 Australia and Solomon Islands’ agreement to build the Western Border and Patrol Boat Outpost near Lofung continues to make progress with a small team of engineers recently completing an important geophysical survey of the area.

“The survey work has produced detailed aerial imagery and topographic maps of the outpost site which will assist with design, planning and construction”, said Ms Vincent.

“The survey also measured water depth and coral hazards under the proposed wharf and in the shipping approaches to the site”.

“A detailed magnetic survey of the sea floor was conducted to locate any possible unexploded remnants of World War Two to inform safety considerations for the next stage of survey works”.

To ensure the health and safety of the local community, all work was undertaken under a COVID-19 Management and Safety Plan, and in accordance with the COVID-19 safety requirements of the Solomon Islands Government.

“I am pleased at the successful conclusion of this geophysical survey of the Lofung area”, said Permanent Secretary Karen Galokale. “I look forward to design work for the outpost progressing in coming months through ongoing partnership between Solomon Islands and Australia.”

At the request of the Solomon Islands Government, the Western Border and Patrol Boat Outpost will be constructed near Lofung at the entrance to Kulitanai Bay on Shortland Island and provide safe vessel access and mooring for the two RSIPF Guardian-class Patrol Boats. The facility will be a sovereign Solomon Islands asset and will be owned and operated by the Solomon Islands Government. It will include accommodation for up to 30 RSIPF officers and other government officials deployed to the region on a temporary basis.

The survey work follows the signing of an MOU in August and a ground-breaking ceremony for the outpost which was held in June this year.

This work will inform the joint Australia-Solomon Islands design of the outpost in 2022. Construction will take up to three years, with the main works expected to commence next year.