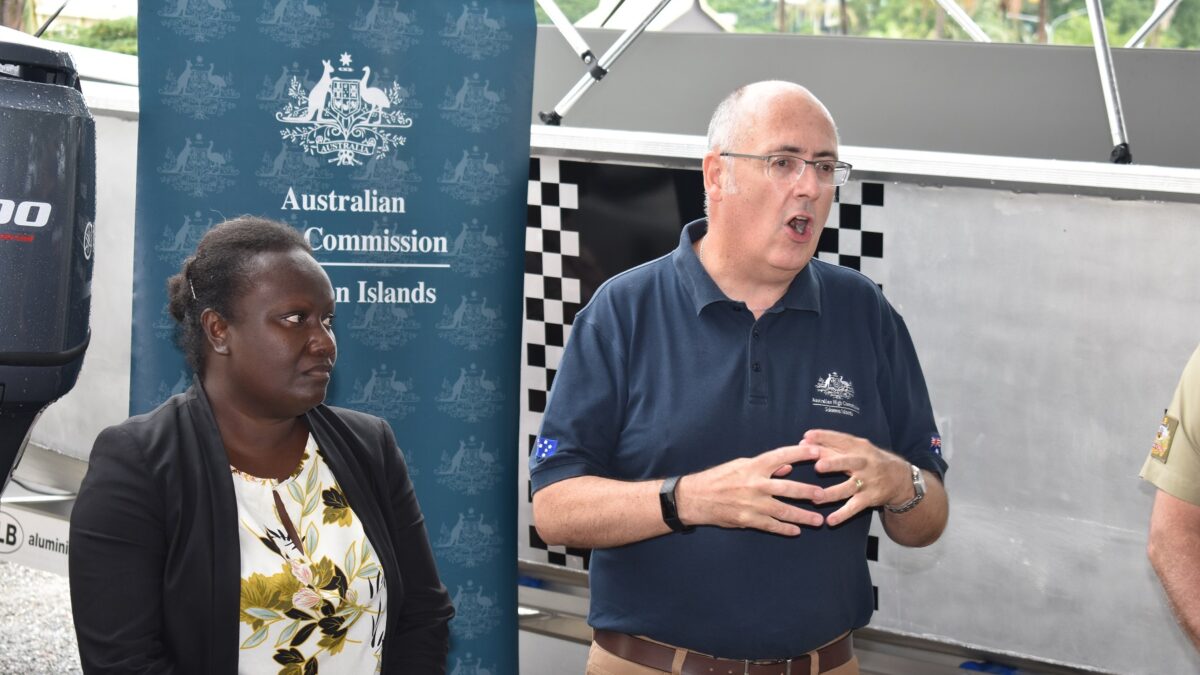 The Australian Government has handed over two more new special purpose aluminum fast boats to the Royal Solomon Islands Police Force (RSIPF) to assist with patrol and response operations at the western border.

The high-speed boats are able to operate in conjunction with larger patrol boats and coordinate with aerial surveillance. The new boats can also operate in shallow waters, increasing the RSIPF’s fast response capabilities in hard to reach areas.

Australia’s Defence Cooperation Program will provide training, maintenance and sustainment support to ensure the aluminium boats are an enduring capability for the RSIPF. 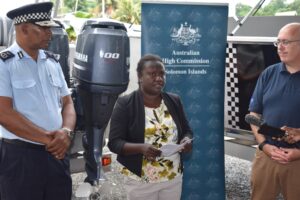 PS Galokale addresses the media during the hand over program 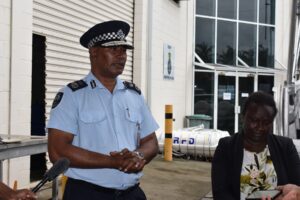 Commissioner of Police, Mostyn Mangau addresses the media during the handover program

The two boats were officially handed over by Australian High Commissioner Dr Lachlan Strahan to the Permanent Secretary for Police, National Security and Correctional Services, Karen Galokale, and Police Commissioner Mostyn Mangau at Aola Base in Honiara this afternoon (12 February).

Dr Strahan said the two new boats had been delivered in addition to two aluminum fast boats gifted to the RSIPF in 2020, which boosted operations at the western border, including in relation to COVID-19 preparedness.

“Through the pandemic, we have pivoted together, working closely with the RSIPF to support increased operations in preparedness and response to COVID-19,” Dr Strahan said.

“Australia and Solomon Islands share a strong and enduring security partnership, built on our shared vision for a region that is secure, stable, resilient and prosperous.

“Today’s handover is just one of the many exciting security projects Australia is partnering with Solomon Islands to deliver in 2021. In a few months’ time RSIPV Auki will travel to Australia to be replaced by RSIPV Taro, a brand-new Guardian-class Patrol Boat. 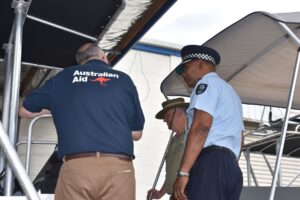 “This year we also look forward to commencing construction of the Western Border Patrol Boat Outpost as announced by our Prime Ministers in October 2019,” Dr Strahan said.

Permanent Secretary (PS) in the Ministry of National Security and Correctional Services Karen Galokale in her remarks at the handover of the boats said, “I wish to assure the Australian Government that our relationship is one built on trust and respect. We are a country that seen much security and law and order needs, and Australia has always been a partner that has never faltered in its support.”

PS Galokale said, “The two additional boats will greatly boost the operations of the RSIPF at the  common border with Papua New Guinea as the Solomon Islands Government continues to control the common border to ensure the COVID19 is not transmitted across that border.”