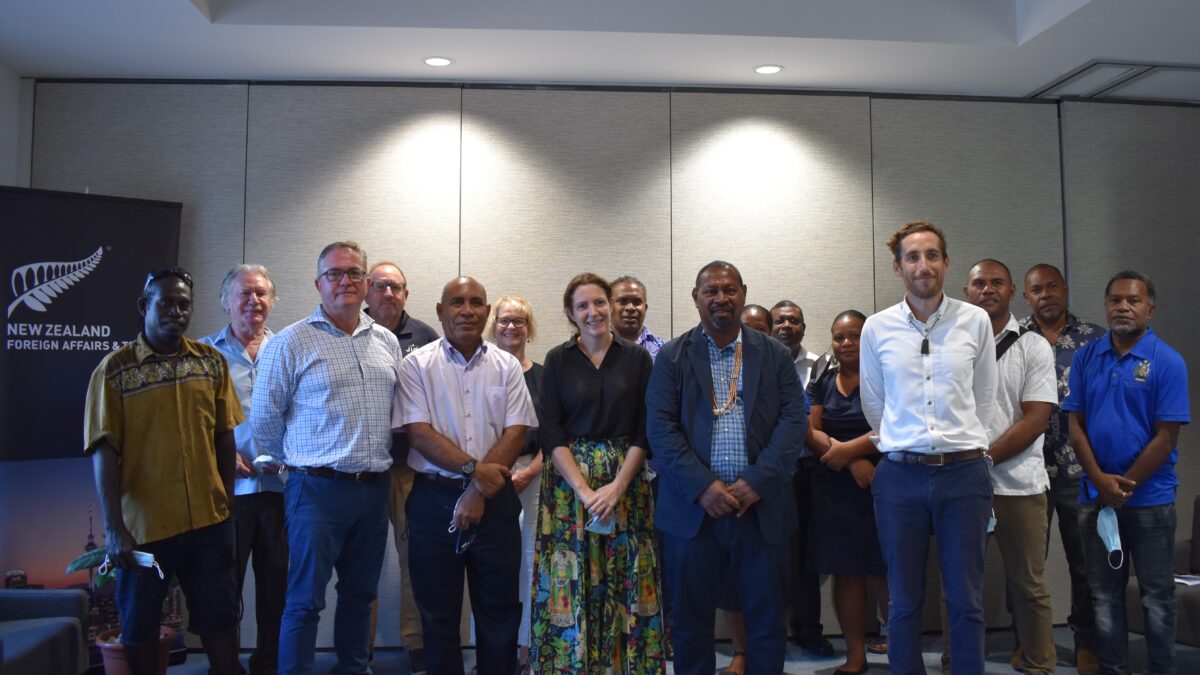 The proposed Bina Harbour Tuna Processing Plant on Malaita moved a step closer on Friday 25 November with the signing of a contract to set up a project office.

The project is expected to deliver at least 1600 jobs to the Bina area once operational.

The contract is between Aotearoa New Zealand, a long-standing partner of Solomon Islands in the fisheries sector, and Johnstaff International Development (JID), which will manage the office over the next five years. JID has a long history of delivering projects in Solomon Islands and across the region.

The Project Office will coordinate between government and development partners, run design and feasibility studies, and provide the organisation and planning to keep all stakeholders informed.  It will be based in Honiara initially, alongside the Ministry of Fisheries and Marine Resources (MFMR), and will work closely with communities in the Bina area.

“The signing today marks a major milestone in Government’s determination to make best use of our God-given tuna resources by attracting investment in processing our tuna resources, in our country, by our people, and thus capturing more of their value for generations to come”, said Hon. Nestor Giro, Minister for Fisheries and Marine Resources. 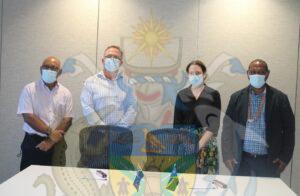 In his remarks, Hon. Giro acknowledged the hard work of the MFMR and landowners, who have been working together for several years to identify the land, water, and coastal resources for the project. The recent signing of a Trust Deed between landowners and their elected Trustees has enabled readying of the Bina-Talifu land for the development.

“Aotearoa New Zealand is pleased to be deepening our support to Bina. We see this as transformational for the province and the country, and we look forward to working with the owners of the land, waters, and sea; Solomon Islands Government; Malaita Provincial Government; and development partners to deliver the project over the coming years,” said Kate Bradlow, New Zealand Deputy High Commissioner to Solomon Islands.

The Bina Project Office is the latest chapter in Aotearoa New Zealand and Solomon Island’s strong fisheries sector partnership. For more than 10 years, the ‘Mekem Strong Solomon Islands Fisheries’ programme has supported MFMR’s goals. for the past five years, this has included work on Bina.

Aotearoa New Zealand will continue this support under a new activity called ‘Bina Region Arrangements for Governance’, which will enable ongoing engagement with the customary owners of the lands, waters, and sea that will host the Bina Harbour Tuna Processing Plant.

“The establishment of the Bina Harbour Project Office is an exciting development, and demonstrates the New Zealand Government’s commitment to advancing this important project for Solomon Islands. We look forward to working with MFMR and the expansive network of partners committed to making this project a success,” said Darren Morgan, CEO of JID.

The International Finance Corporation (IFC) has been supporting MFMR in engaging with investors and carrying out social, environmental, and legal feasibility studies and scoping work. Solomon Water ― supported by Australia’s Solomon Islands Infrastructure Programme ― has also been examining possible water sources and wastewater management systems for the plant.

The Bina Harbour Project Office’s first task will be to develop a comprehensive implementation plan, and then move towards scoping work and securing funding for the many works to come.