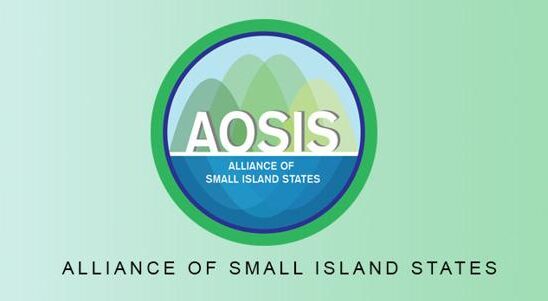 AOSIS Chair COP27 Statement: “Failure On Loss And Damage Fund Is A Failure For The World”

COP27, Egypt, 16th November, 2022 – In the final few days of negotiations at the UN climate summit, COP27, the Alliance of Small Island States (AOSIS) and other developing countries are gravely concerned with the lack of progress made on the fundamental agenda item of funding arrangements for loss and damage. The inaction of many developed countries has the potential to stall talks and land a devastating blow to the hopes of the developing world for the establishment of a loss and damage funding facility at COP27.

“We have come too far to fail on loss and damage finance. Three quarters of humanity is relying on a favourable outcome at COP27,” said the AOSIS Chair, the Honourable Minister Molwyn Joseph of Antigua and Barbuda. “AOSIS and our fellow developing countries have toiled for the past thirty years to be heard on this issue. AOSIS has worked tirelessly this year to build consensus, devise a clear loss and damage response fund proposal, and ensure the commitment of the international community to come to COP27 and negotiate on this issue in good faith. Now, we are here, and some developed countries are furiously trying to stall progress and even worse, attempting to undermine small island developing States. So, not only are they causing the worst impacts of the climate crisis, they are playing games with us in this multilateral process. There have only been informal consultations, to date, of this critical agenda item, and no official launch of negotiations through a Joint Contact Group.”

“We greatly appreciate the signs of willingness to engage from countries such as the United Kingdom and New Zealand and call on other developed countries to uphold the integrity of this process which is mandated to support the most vulnerable,” he continued.

“AOSIS is sworn to serve the vulnerable women, children, and men of our countries who deserve not just to survive but to thrive. Our countries have been pushed to their very limits, and there is no lifeline in further delay tactics. We did not cause this crisis, we are bearing the brunt of the suffering, yet we are the ones constantly asked to make concessions.

Since 1990, AOSIS has represented the interests of the 39 small island and low-lying coastal developing states in international climate change, sustainable development negotiations and processes. As a voice for the vulnerable, its mandate is more than amplifying marginalised voices as it also advocates for these countries’ interests. In terms of size, AOSIS closely resembles the countries it represents on the global stage, but often punches far above its weight, negotiating historic global commitments to cut greenhouse gas emissions, among other achievements.