Farmer participants during the training workshop.

Total of 33 piggery farmers at Aola Community in East Central Guadalcanal has participated in a three days’ workshop training on proper animal husbandry and management.

Department of Livestock and Veterinary Services of the Ministry of Agriculture Livestock (MAL) conducted the training from 7th-9th June, following an assessment report from livestock officers that earlier went to Aola on 17th April 2021 to attend to and assessed reports of pigs being died off in the region.

The training aimed at equipping farmers with the knowledge especially on animal husbandry and management. Livestock officers also used the opportunity and assessed the farmer’s potentials and limitation in the livestock industry. 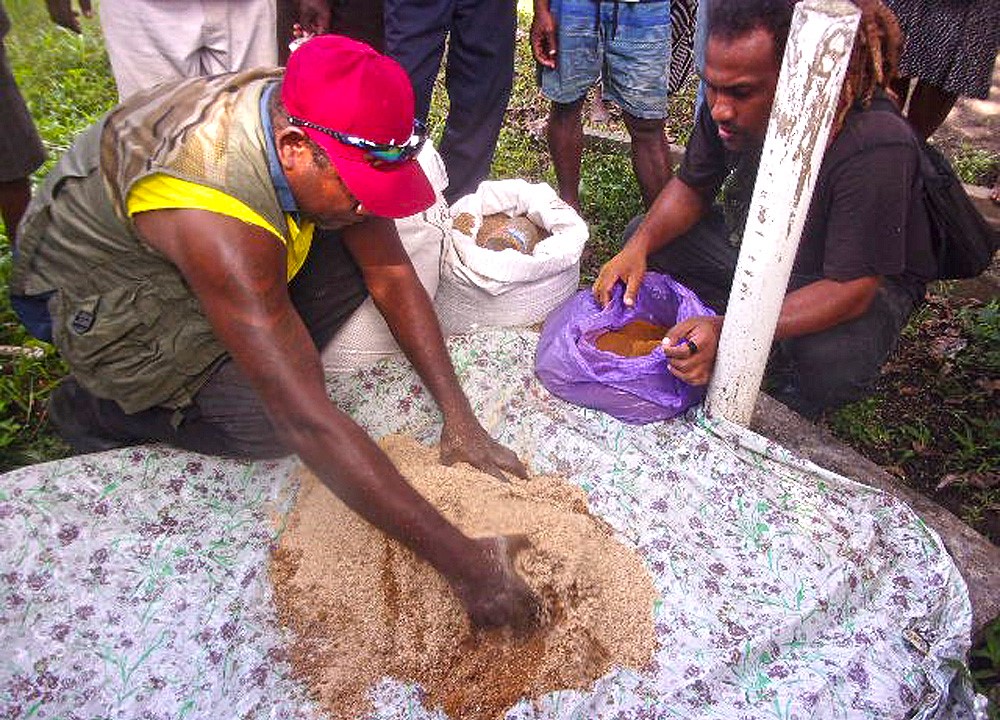 “The training was timely and important for the community since they have a lot of pigs which are poorly managed and also some are roaming around the villages,” Deputy Director of Livestock, Hearley Atupule said.

He said the training involved theory on the first day and practical sessions and farm visitation on the second/final day.

“It was a success as it imparted farmer’s new knowledge about animal husbandry and its importance,” Mr. Atupule said.

The farmers acknowledged MAL through the Livestock Department for the timely and important training and vowed to put into practice what have been learned from the training.

A separate program for certificates presentation for participants will be held in due course.