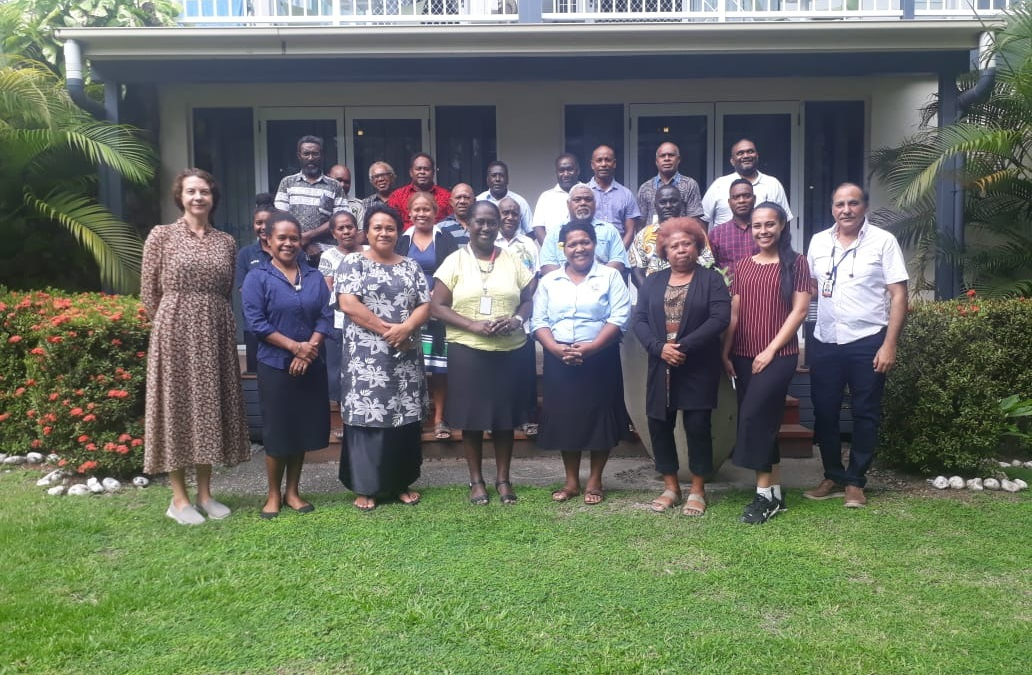 AMR is the resistance of a microorganism to an antimicrobial medicine or antibiotics such as amoxicillin, cloxacillin, flucloxacillin, metronidazole etc. to which it was previously sensitive. Some pathogens develop resistance to antibiotic medicines and are no longer effective if given to the patients.

Delivering her remarks at the start of the workshop, Health Permanent Secretary Mrs Pauline McNeil said that globally 700,000 patients are estimated to die each year from infections that do not respond to available antibiotics. AMR affects children disproportionately, forty per cent of deaths globally among children under 5 years of age and neonates were caused by diseases whose treatment is directly affected by AMR

“An epidemic of multi-drug resistant typhoid is now sweeping across parts of Africa, being spread through water. Resistance to HIV/AIDS drugs is on the rise, extensively drug – resistant tuberculosis identified in 105 countries, and resistance to anti-malarial medicines is an urgent public health and spread of antibiotic resistance infections from live farm animals to meat and people documented. Furthermore, dangerous new genetic mechanisms for the spread of the resistance are emerging and spreading quickly throughout the world”, highlighted Mrs McNeil. AMR is one of the top 10 public health priorities of the World.

She explained that these trends are undermining hard won achievements under our National Sectoral Strategic Plan particularly that of the National Health Strategic Plan including the fight against HIV/AIDS, TB, Malaria and the survival of mothers and children.

“If we fail to address this problem quickly and comprehensively, antimicrobial resistance will make providing high quality universal health coverage more difficult, if not impossible to achieve”.

Mrs McNeil highlighted that in order to tackle this, long- term commitment from all relevant stakeholders in various sectors to engage, cooperate, coordinate with sustained financing is urgently needed.

With the finalization of the AMR national action plan, Mrs McNeil thanked all participants from various government ministries, especially the Ministry of Agriculture relevant health committees, health experts and advisors including technical support from WHO and FAO ( Food and Agriculture Organization)

Tackling AMR requires multi-pronged strategy and involves active collaboration between human and animal health, food security and other sectors such as education. In the workshop, the relevant ministries came together and worked towards an AMR plan based on one-health approach.

The action plan is to establish a coherent approach to guide collective efforts in addressing AMR in Solomon Islands with the following expected outcomes;

Priorities have been identified for the period from 2021-23 and mainly include awareness among general public and professionals in human and animal health sector and strengthening surveillance, monitoring global situation and undertake risk management for Solomon Islands.