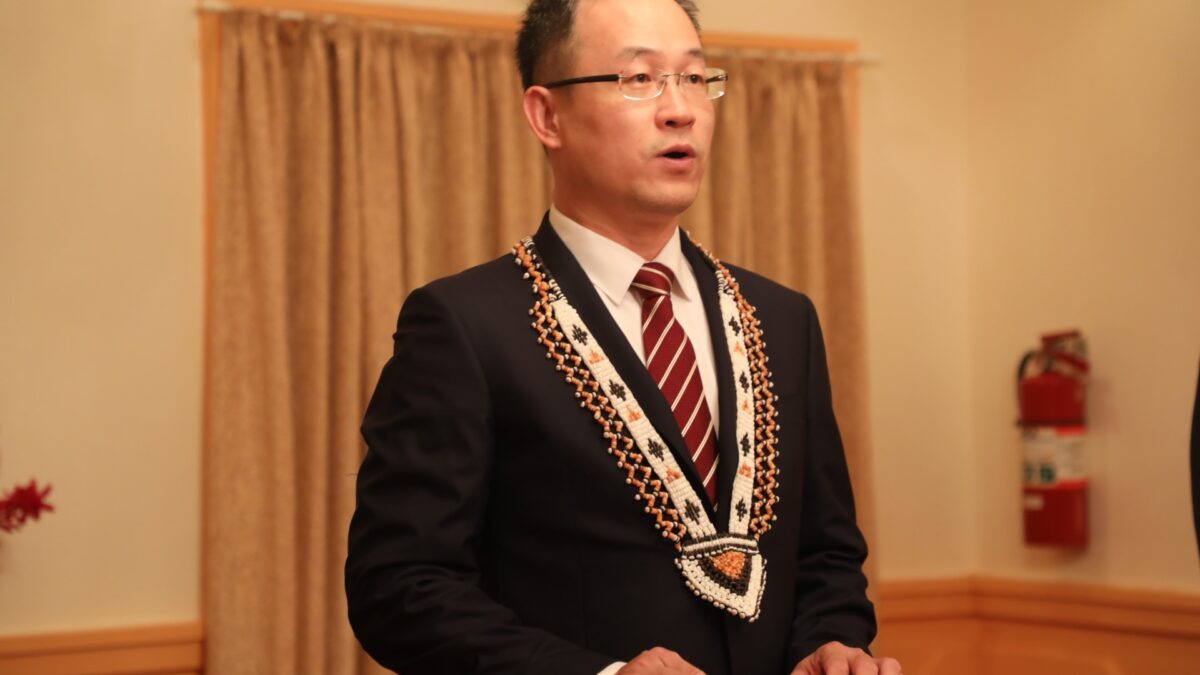 “We will stick to the timeline as scheduled and we deliver the facilities on time,”

China’s Ambassador to Solomon Islands, Mr Li Ming has vowed that his Government will deliver major sporting facilities to the people of Solomon Islands in time ahead of the 2023 Pacific Games, regardless of setbacks generated by covid-19 to the original timeline.

On his way from Beijing to take up his posting earlier this month, Ambassador Ming brought with him less than twenty engineers who have wasted no time but started design discussions on major infrastructures after fulfilling their quarantine requirements.

“We will stick to the timeline as scheduled and we deliver the facilities on time,” Mr Ming told Prime Minister Sogavare during courtesy visit on Friday.

Meanwhile, Prime Minister Sogavare said despite the current economic slowdown posed by the impacts of COVID-19, the government is committed to meet its share of the funding for the Pacific Games 2023, to ensure the Games takes place.

“We fought hard to be given the honour to host the Games. We will not let go of the Games,” he said.

The Government has opened a new Office Complex in Honiara in late July this year to house local administrators overseeing preparations for the Games.

The Pacific Games is a multi-sport event, much like the Olympic Games but on a smaller scale, with participation exclusively from countries around the Pacific Ocean. Held every four years, the Games began in 1963.