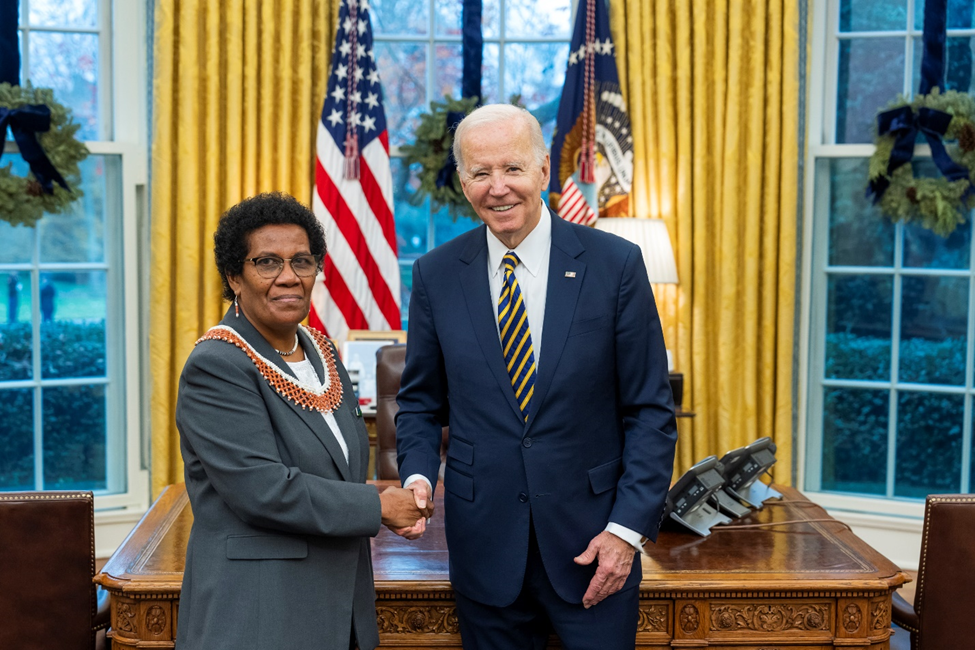 The Solomon Islands Ambassador to the United States of America, Her Excellency, Jane Mugafalu Kabui Waetara has presented her letter of credence to the U.S President, Joe Biden at the White House.

The presentation on December 11 2022 was the culmination of a process to formalize and accredit Mrs. Waetara as Ambassador Extraordinary and Plenipotentiary to the United States.

In delivering her letter of credence, Ambassador Waetara acknowledged the longstanding warm relationship between Solomon Islands and the United States of America which dated back to 1942, when United States marines landed on Guadalcanal during World War II.

“Solomon Islands share deep and rich relations with the United States, built on shared values, mutual respect and pertinent issues both bilateral and multilateral for the mutual benefit of the two nations,” She remarked.

On behalf of the Solomon Islands Government, Ambassador Waetara welcomed the decision of President Biden’s Administration in re-establishing the United States Embassy in Honiara.

She said this will not only enhance deeper and serious re-engagement with Solomon Islands, but also its physical presence on the ground to ensure smooth administration and implementation of current investment programs under the current cooperation such as the Millennium Challenge Corporation Threshold Program, the USAID SCALE program, and Peace Corps including new opportunities of mutual interest.

She emphasized that with the increasing complex and trans-boundary issues faced globally and with long standing ties, there is no better time to re-engage and deepen collaboration and relationship with the United States, than now.

Ambassador Waetara assured President Biden that she stands ready to work closely with his government in addressing issues of common and mutual interest and strengthening the partnership to newer heights.