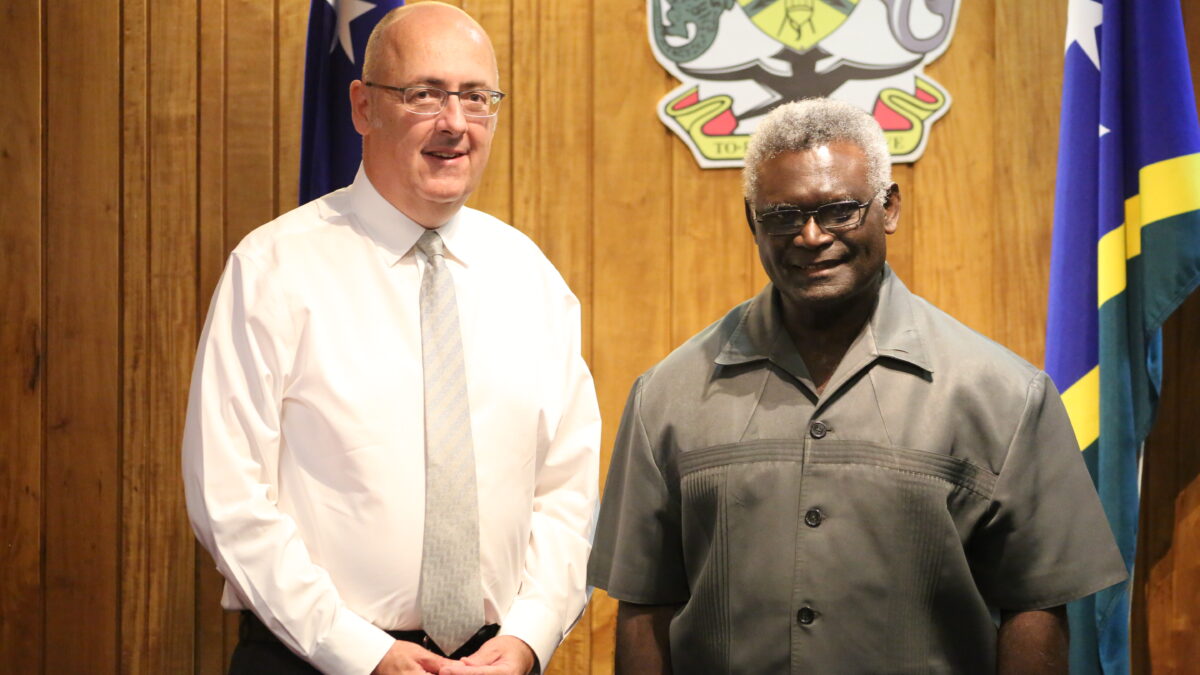 The Australian High Commissioner was never summoned by the Ministry of Foreign Affairs and External Trade.

With the deep and broad cooperation Solomon Islands has with Australia, the Ministry of Foreign Affairs had a ‘neighborly discussion’ with the Australian High Commission on ABC’s Four Corners Program on Solomon Islands and discussed other issues.

ABC’s Four Corners misinformation spewed out by the program is of national concern that attempts to damage the country’s image and threatens its nation building process.  As a media organization that purportedly holds itself out as a professional, the intentional use of misinformation and distribution of pre-conceived prejudicial information speaks so very little of ABC. This is also racial profiling that is bordering racism and race stereotyping. The Solomon Islands Government is deeply concerned that such offensive materials are produced by ABC and are allowed to be beamed to Pacific Islands states.

It is a baseless allegation to say that a Chinese firm is going to buy off the Kolombangara Forests Products Limited (KFPL) on Kolombangara Island, Western Province.

The KFPL is a joint venture of the Nien family of Taiwan who hold 60 percent of shares and the Solomon Islands Government with 40 percent shares.

At no time the shareholders’ have made a decision to sell off the company to a Chinese firm.

Adding to that, the People’s Republic of China (PRC) has no intention to set up a naval base at Kolombangara as Angus Grigg of the Four Corners program would like to portray to his viewers.

It was obvious that Grigg was putting words into the mouths of the interviewees and that speak volumes of his intention which is clearly to cause division between the governments of Australia and Solomon Islands. The

The Prime Minister, Manasseh Sogavare has maintained and repeatedly reaffirmed to Solomon Islanders and the Pacific region that there will be no military or naval base in Solomon Islands.

The Four Corners program never acknowledged that assurance and instead delve into the PRC- Solomon Islands relationship with the intention to cause animosity between the Governments of PRC, Solomon Islands and Australia.

The Office of the Prime Minister and Cabinet (OPMC) finds it preposterous that the Leader of Opposition has gone out too soon and not see the matter as a national issue.

If the Opposition Leader has any seriousness in his job as the alternative leader, he would have sought the right information before releasing a public statement.

The Prime Minister Manasseh Sogavare, however, reiterated that his number one priority is to protect the sovereignty and national interest of the country and interest of the indigenous people of the independent state of Solomon Islands.

‘Therefore, in whose interest is Hon Mathew Wale advancing in this current matter?