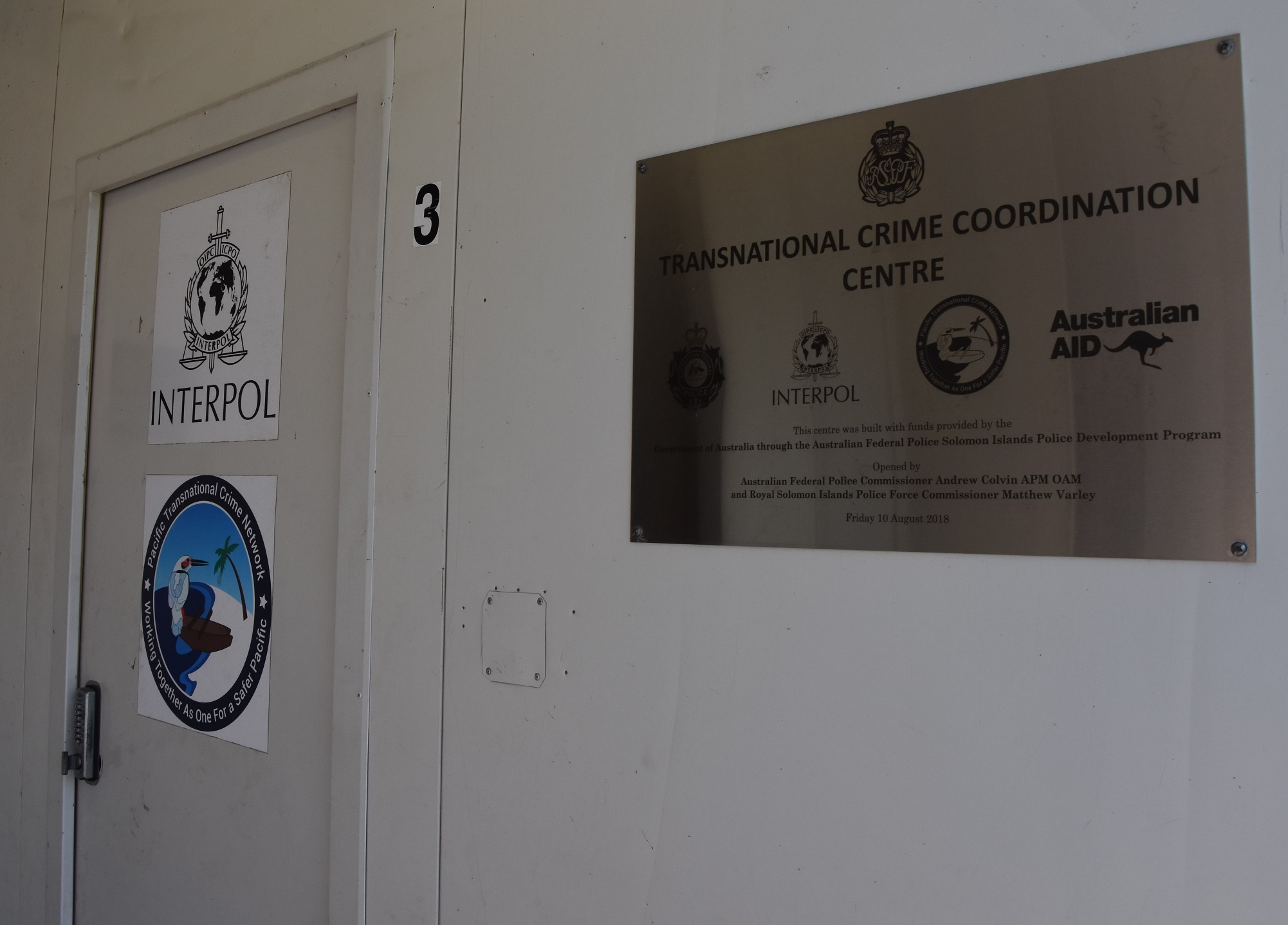 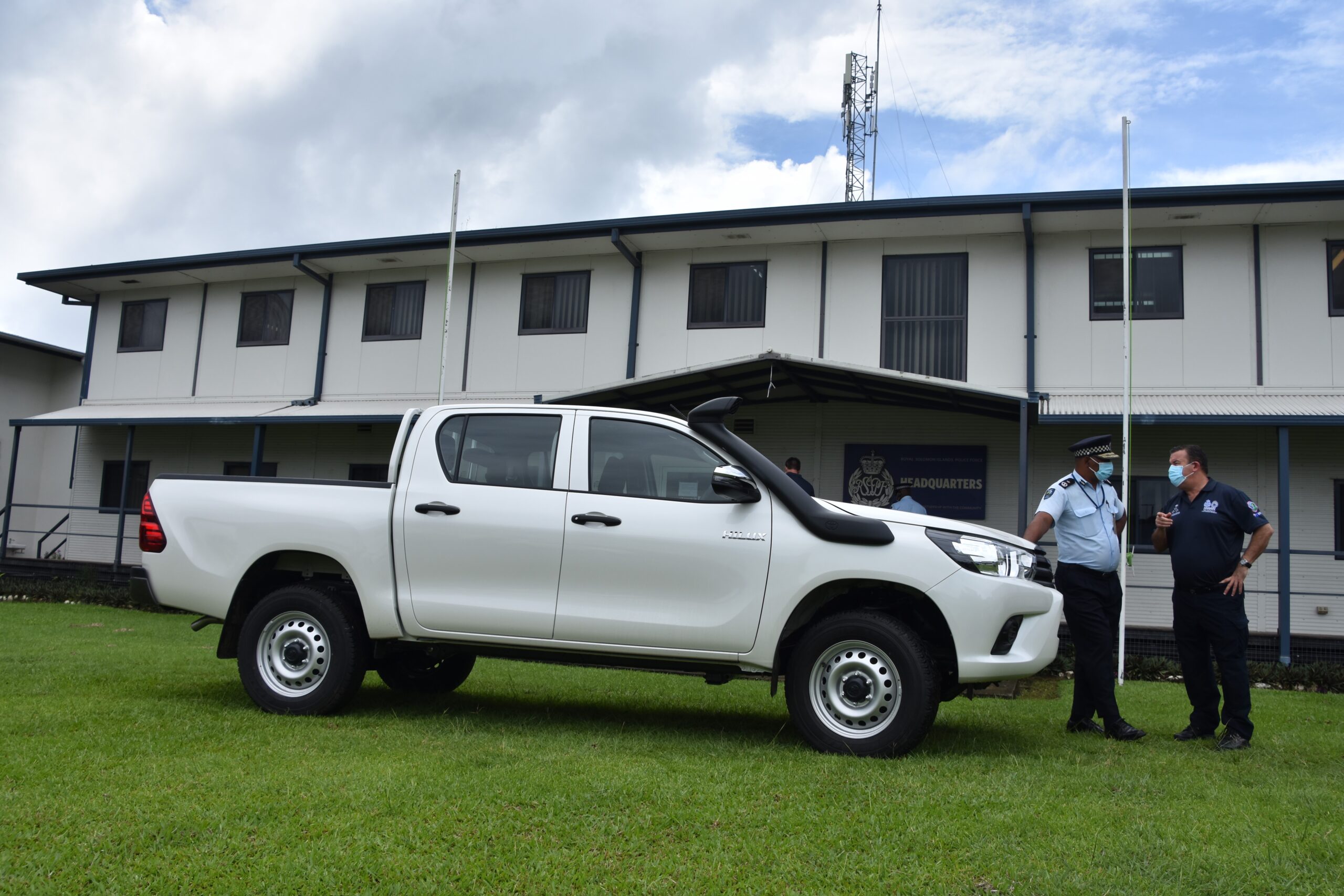 New vehicle that was handed to the TCU

In 2009, the Australian Federal Police (AFP) supported the establishment of the Solomon Islands Transnational Crime Unit (TCU) within the Royal Solomon Islands Police Force (RSIPF) as part of its regional initiative to strengthen countries and Law Enforcements Agencies (LEA) in the region to fight against transnational and organised crimes in the pacific.

RAPPP Commander, Paul Osborne, handed the vehicle’s key to the RSIPF Commissioner, Mostyn Mangau, on behalf of the AFP’s PTCN team witnessed by the RSIPF Deputy Commissioner, head of the country’s TCU and RSIPF Assistant Commissioner for Crime and Intelligence.

Solomon Islands TCU’s Officer-In-Charge, Inspector Michael Aluvolomo, says the help from AFP is another “timely boost” for their team. This is the third time AFP provided a vehicle to this Unit. The other two vehicles will soon go out for tender as they are now old.

According to Inspector Michael, AFP is a long-time supporter of their Unit prior and during its establishment.

AFP supported the Unit through the delivery of trainings to enhance the capability of the Unit to identify and deal with criminal elements that penetrated into the country’s border. These trainings include; criminal intelligence and investigation, border threats and a pathway to forming a regional joint cooperation to combat transnational organised crimes and promote border security. TCU is benefiting from PTCCC, PTCN and the Australia Pacific Security College (APSC) through virtual online trainings.

These trainings and collaborations with pacific countries and LEAs are proven useful to the Solomon Islands TCU. One of the notable operations this Unit involved in was the successful seizure of a massive shipment of cocaine on-board a yacht in the Solomon Islands in 2018.

According to Inspector Michael, the trainings offered to members of their Unit has greatly built the capacity of their officers and AFP’s provision of the new vehicle is a further boost for them.

TCU is currently involved in the formulation of a new Immigration Human Trafficking Act that will be submitted to the Office of Prime Minister and Cabinet. According to Inspector Michael, the proposed Act will strengthen the roles of LEAs in dealing with transnational and organised crimes.