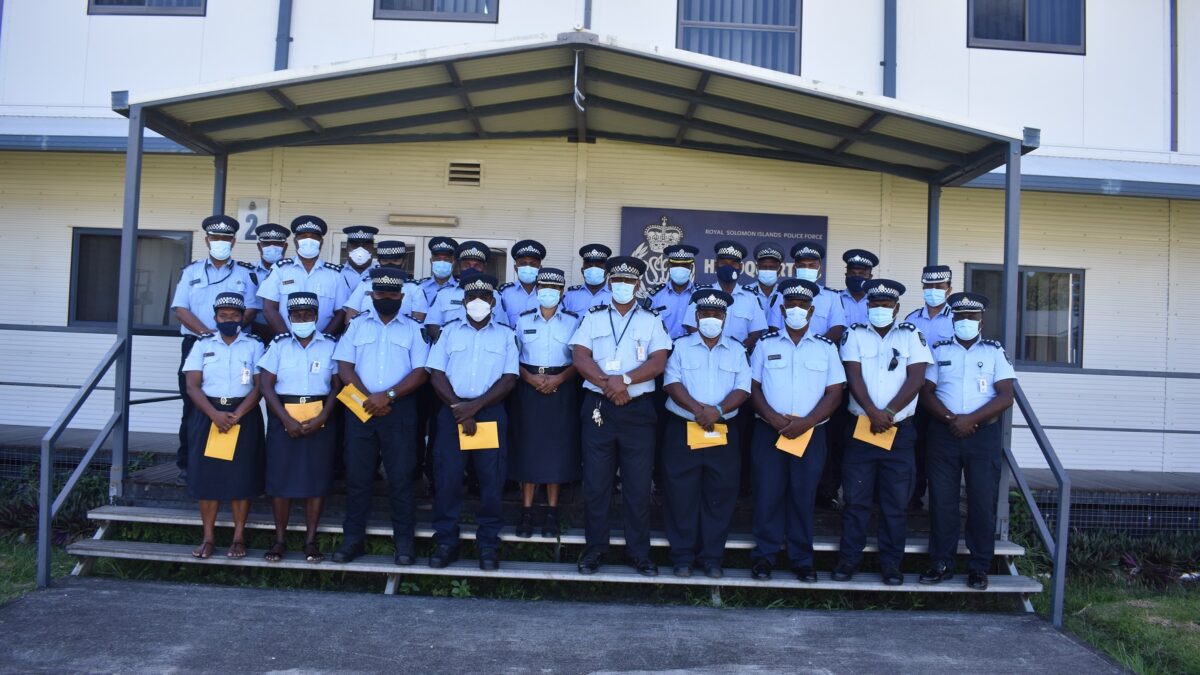 A group photo after the promotion ceremony

A total of 24 officers of the Royal Solomon Island Police Force (RSIPF) have been promoted to the rank of Staff Sergeant and Inspector this morning (17 June 2022).

Commissioner of RSIPF Mr. Mostyn Mangau said these promotions are important to ensure we have a strong and capable leadership team in the RSIPF. The responsibility is on us to take up full responsibility for policing and security in Solomon Islands.

Commissioner Mangau said strong leadership of the police force at all levels is important to ensure we can safely and effectively protect the people of Solomon Islands and meet our national and international security obligations.

Mr Mangau said now you are a leader, expected to show your officers the way and be role model of the RSIPF values to them. Being a leader in the RSIPF means showing courage, working together and living up to the highest standards of integrity at all times. It needs hard work and requires commitment.

He said now that you have been promoted, more responsibilities are entrusted onto your shoulders. We are the police force of the nation, serving all people of Solomon Islands and uphold the laws.

The Police Chief reminded the Promoted officers to perform their roles diligently, faithfully and work hard to the best of your ability because the work at every level of the organisation is important. Each individual officers, together we build our vision of an efficient, capable and responsive police force in the region.

A newly promoted Inspector Mr Polycarp Taloania said it will be a great challenge for us newly promoted officers but we will work together with the senior management level of the RSIPF.

Inspector Taloania said we will do our best to adjust with the modern policing environment and I encourage my newly promoted officers to focus on our policing mandates, of reducing crime, look after the national security of this country and some responsibilities mandated for us. 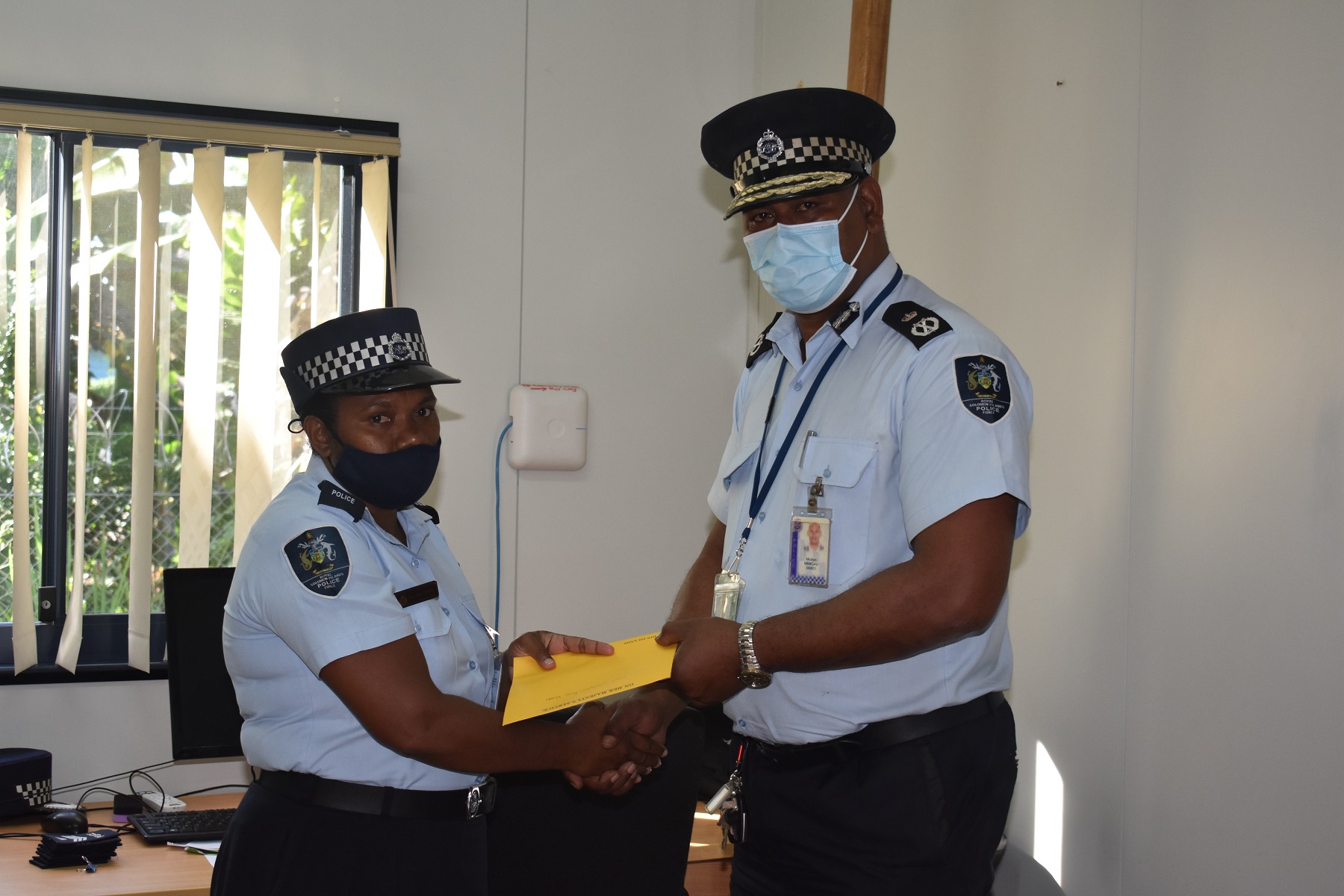 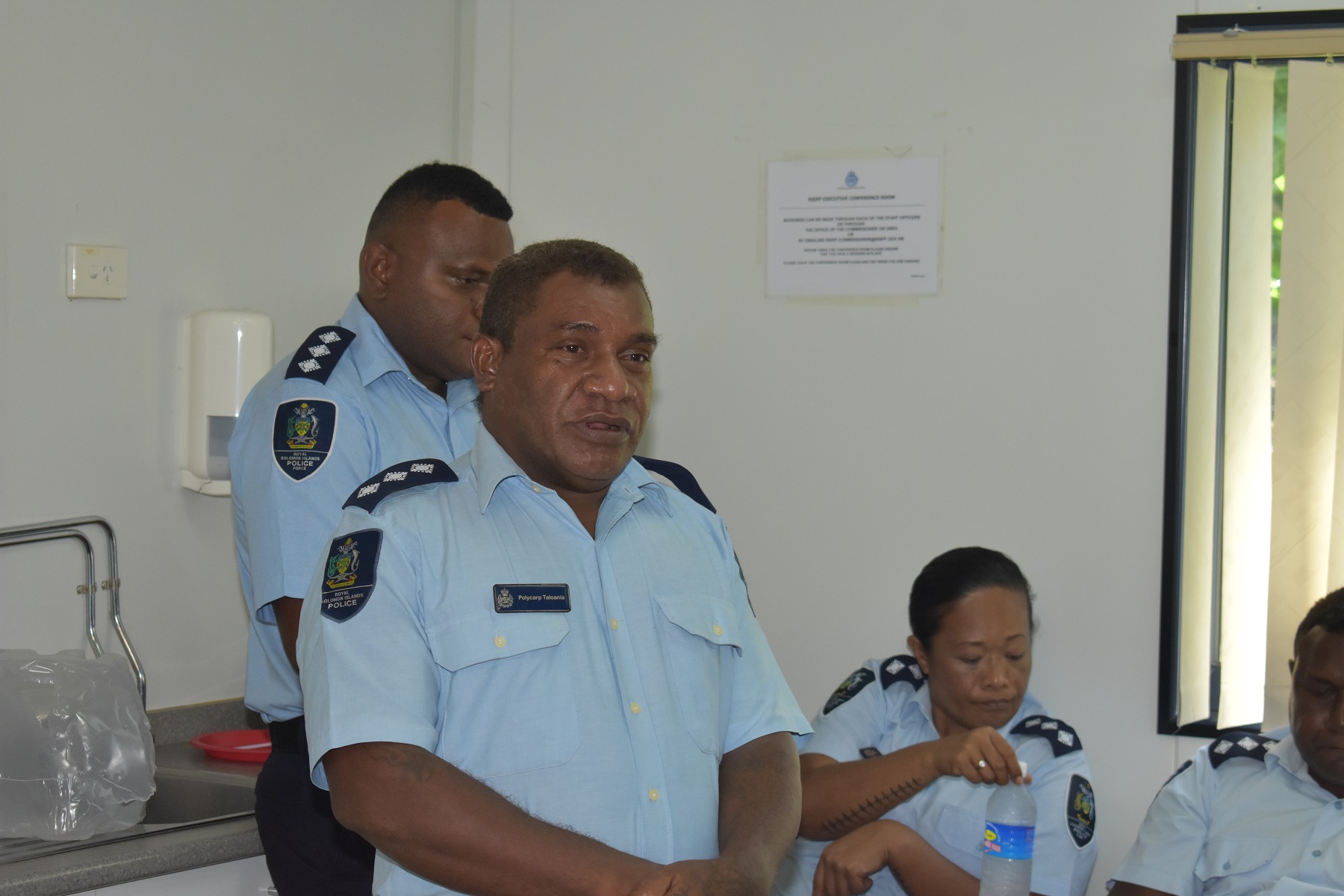 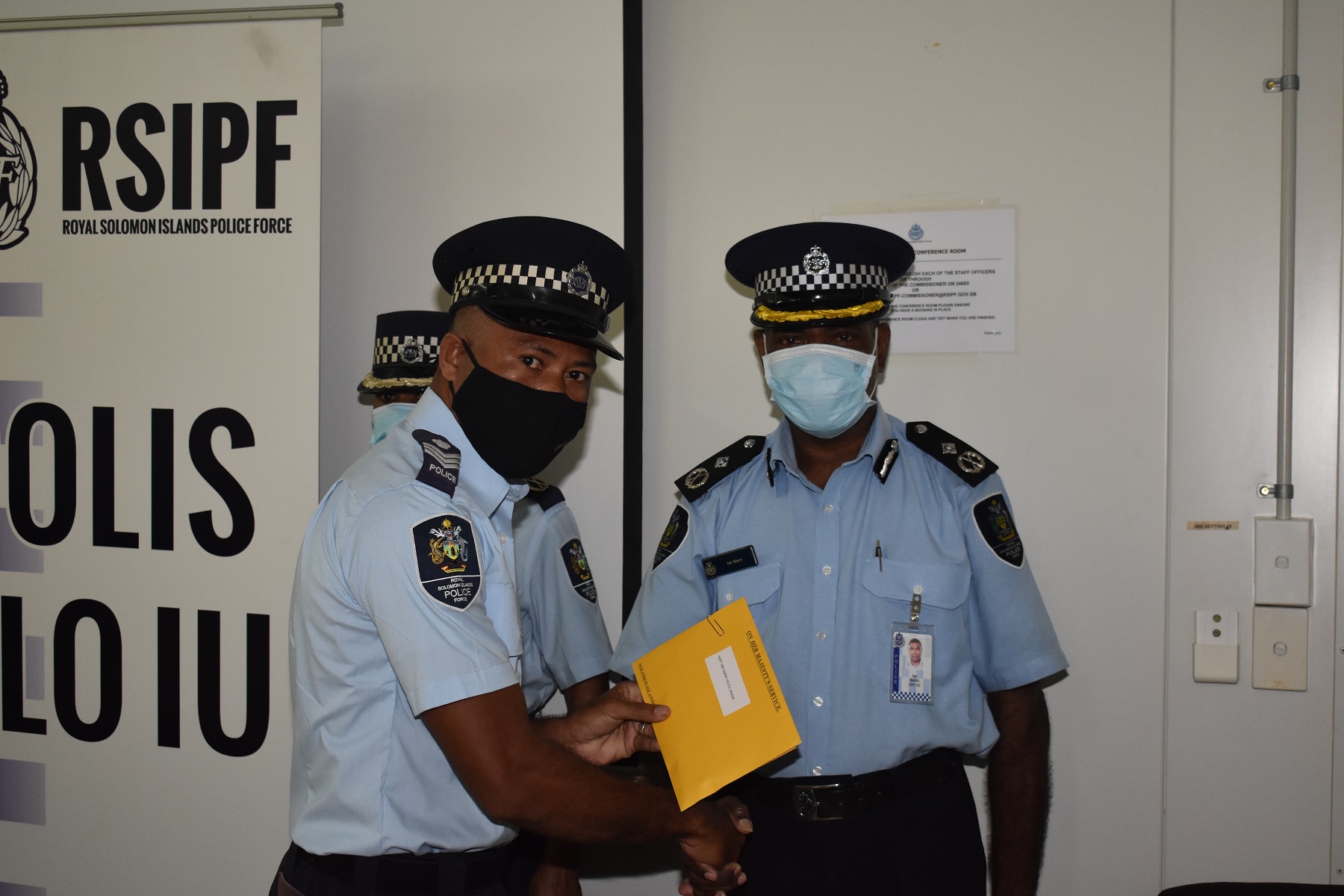 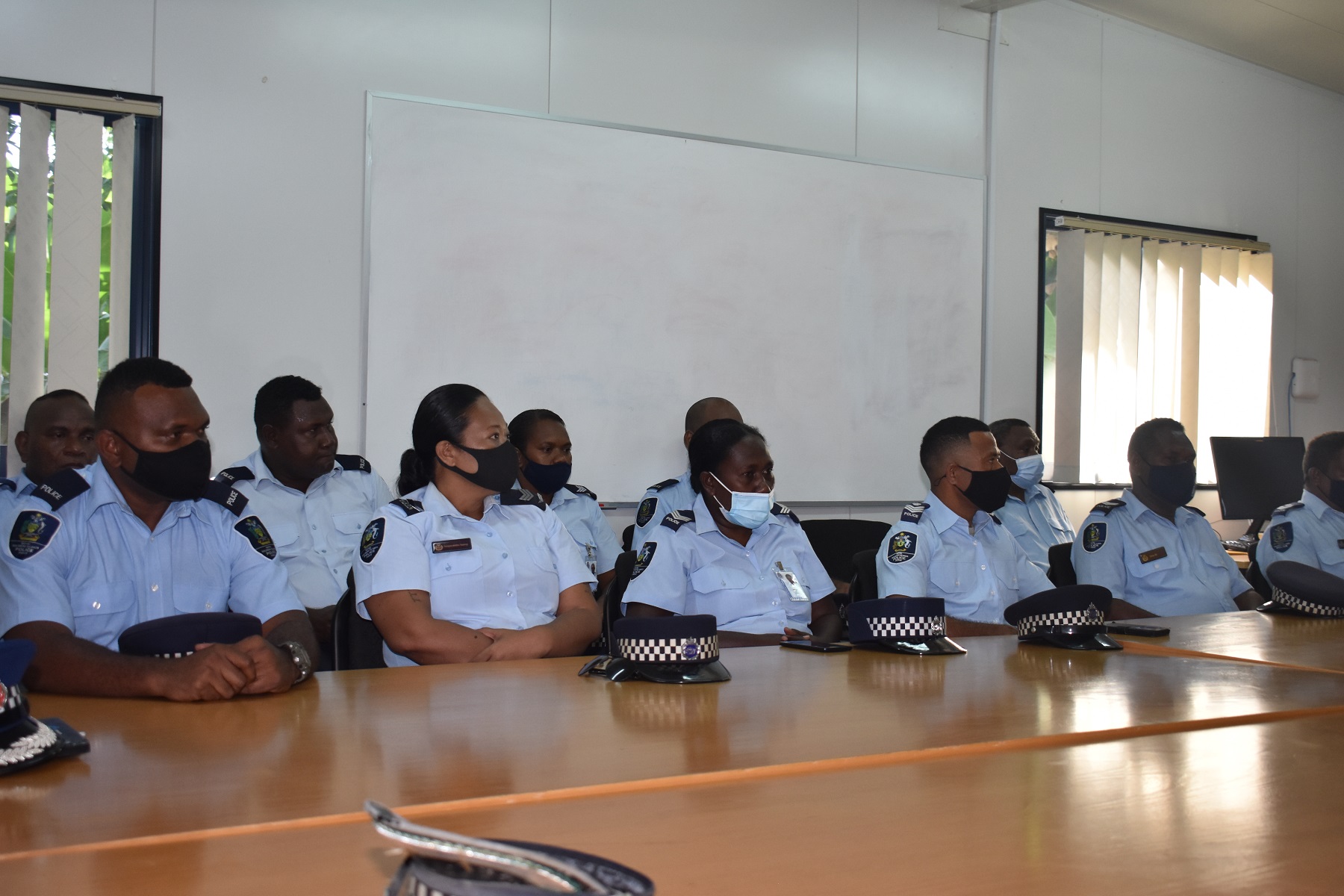 Some of the RSIPF newly promoted officers 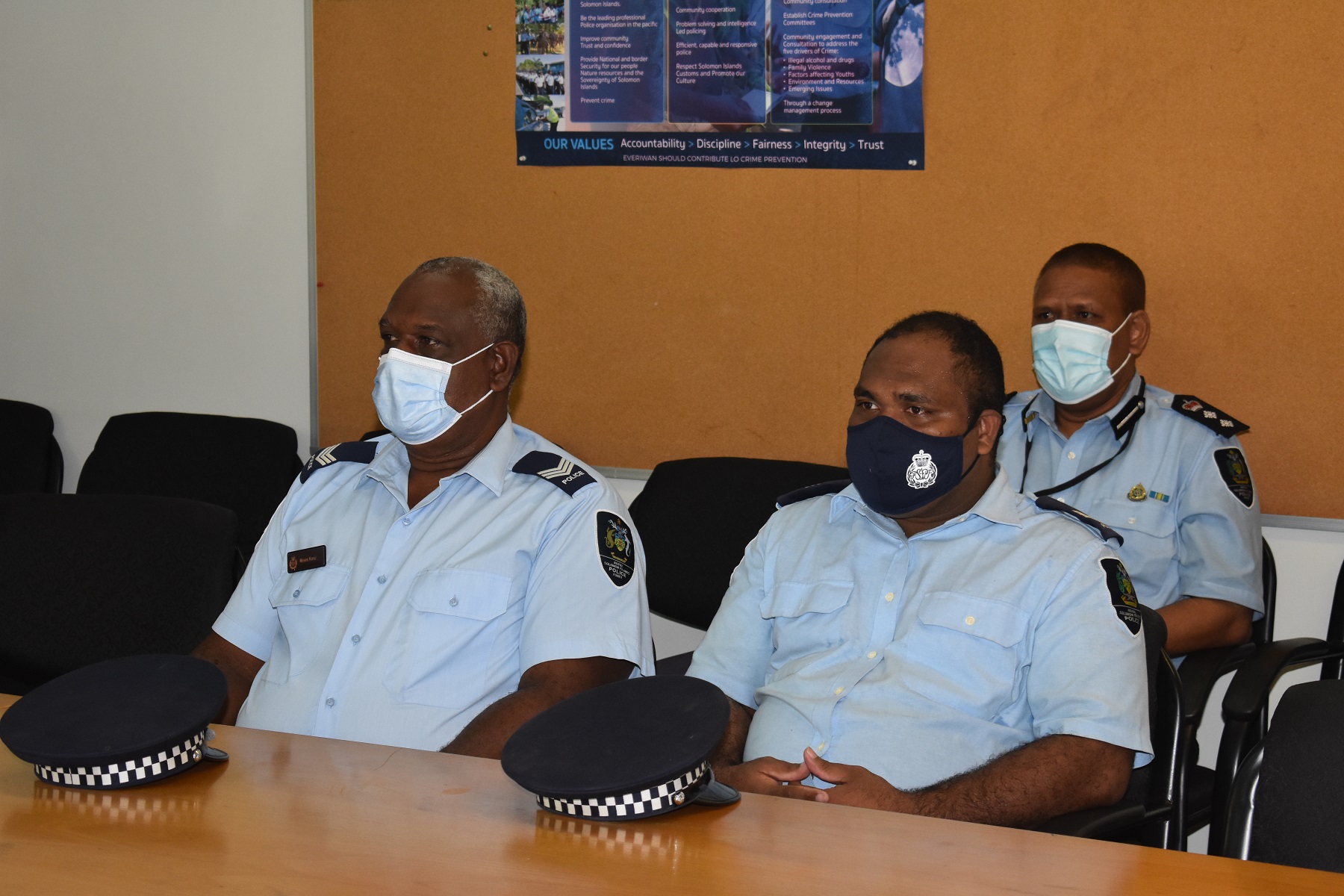 Some of the RSIPF officers who promoted