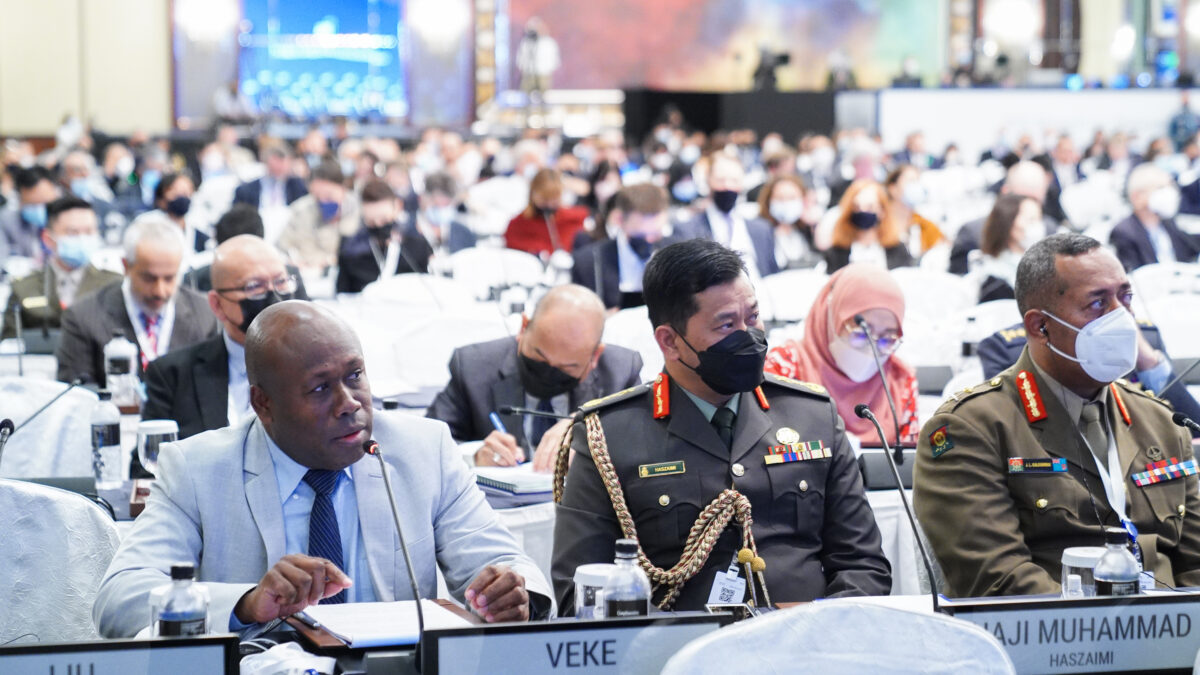 Solomon Islands Minister for Police, National Security and Correctional Services, Hon, Anthony Veke has suggested the inclusion of ways to address climate change in strategies on security threats in the Indo-Pacific region.

Veke made the suggestion at a plenary session on “New Ideas for Securing Regional Stability” at the 19th Shangri La Dialogue in Singapore on Sunday organized by the International Institute for Strategic Studies (IISS).

The Shangri-La Dialogue (SLD) is a “Track One” inter-governmental security conference held annually in Singapore by an independent think tank, the International Institute for Strategic Studies (IISS).

The dialogue is commonly attended by Defence Ministers, permanent heads of ministries and military chiefs of mostly Asia-Pacific states. The forum’s name is derived from the Shangri-La Hotel in Singapore, where it has been held since 2002.

The summit serves to cultivate a sense of community among the most important policymakers in the Defence and security community in the region. Government delegations have made the best out of the meeting by holding bilateral meetings with other delegations on the sidelines of the conference.

While primarily an inter-governmental meeting, the summit is also attended by legislators, academic experts, distinguished journalists and business delegates.

Over the years, the Shangri-La Dialogue has become one of the most important independent forums for the exchange of views by international security policy decision-makers.

“To what extent does the various Indo-Pacific strategies support stability in the areas of climate change, which is the biggest threat to the Pacific region including my country Solomon Islands,” Veke said when questioning the plenary panel.

Climate change was raised as a security threat by Hon Veke and his Fijian counterpart Inia Batikoto Seruiratu as a threat that has implications for national security and economic security for Pacific Islands states.

Veke said climate change is a matter of life or death for pacific islands people and there is a need to seriously include it in any new Indo-Pacific strategy on security sooner than later because it will certainly create instability in the region, especially for countries like Solomon Islands.