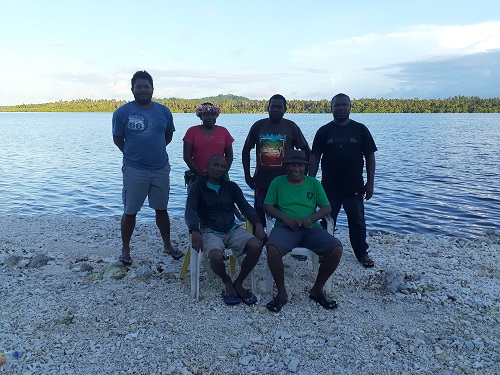 This preliminary consultation entrenched on the Marulaon Communique, the 99 Rocks 1 frameworks and the 99 Rocks 11 roundtable discussions.

The frameworks apart from development pursuits, raised the significance of unity and reconciliations as a prerequisite to meaningful development but have always been brushed aside, due to political differences, tribal leadership issues, and land ownership issues.

RIPEL is a government flagship project and have since 2018 extends to include redevelopment and reinvestment program that targets the development of tourism, fisheries and agriculture potentials.

Since then a number of these major development programs continues to be stalled by land ownership issues, and tribal fragmentation that overwhelmingly engulfs Lavukal Tribes, Settlers and as well by the purported Former Workers claims. 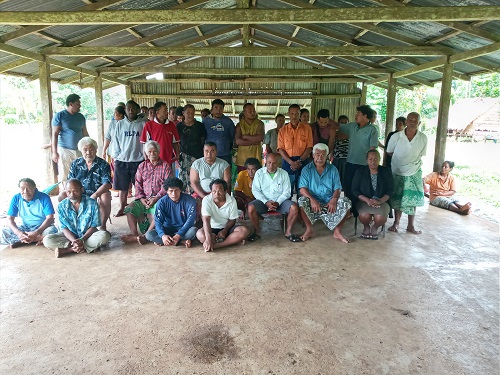 Former Workers meeting convened in a separate dialogue but specifically related to the issue of their outstanding claims.

Inevitably, the persistence of the internal conflicts and differences amongst Lavukal tribes, and alternatively with Settlers created an environment of fear, mistrust and suspicious.

During the consultation, the MTGPEA employs an inclusive and participatory approach in identifying purported issues, the real cause of issues related to differences and disunity, and ways to resolve it amicably.

‘Persisting issues were common and raised all through-out the indigenous tribes of Lavukal. At the centre of these issues is ‘people’ which apparently need to shift their way of thinking’, said Moses Aipuru.

Reinforcing these sentiments to various Lavukal indigenous tribes, Mr Lesley Filomea- a rep from the Anglican Church of Melanesia (ACOM) who co-opted by MTGPEA, emphasized that shifting of peoples’ mindset is vital to the unification and reconciliation exercise.

In responds to the dialogue and consultation, the Secretary of Sevev Trust Board stressed that they are willing and open for unifying with other tribes to achieve best outcomes for SIG developmental programs.

On the other hand, Chiefs representing the Lavukal House of Chiefs and Lavukal Trust Board acknowledged the enormous differences and disunity persisting within the ‘house’ and with other tribes, and stressed the need to resolve and agree to work with other tribes and pave way for a meaningful reconciliation.

“We are willing to resolve internal strife, and work with other tribes to amicably resolve differences, and issues of land ownership and allow development to take its course”, said one of the reps of the Lavukal House of Chief

Supporting this call, indigenous tribes in East Russell Louna, and Hae Community in Central highlighted staggering issues and reinforced the need for a reconciliation to happen.

The presence of MTGPEA was hugely acknowledged and seen as the right Ministry that can amicably resolve the astounding issues at hand.

In response, MTGPEA reaffirmed the Ministry’s mandate and position to help Russell Islands people to unite and live in harmony with each other while pursuing development aspirations.

The re-assurance will be accompanied by a mind transformation training/workshop that is to be conducted soon.