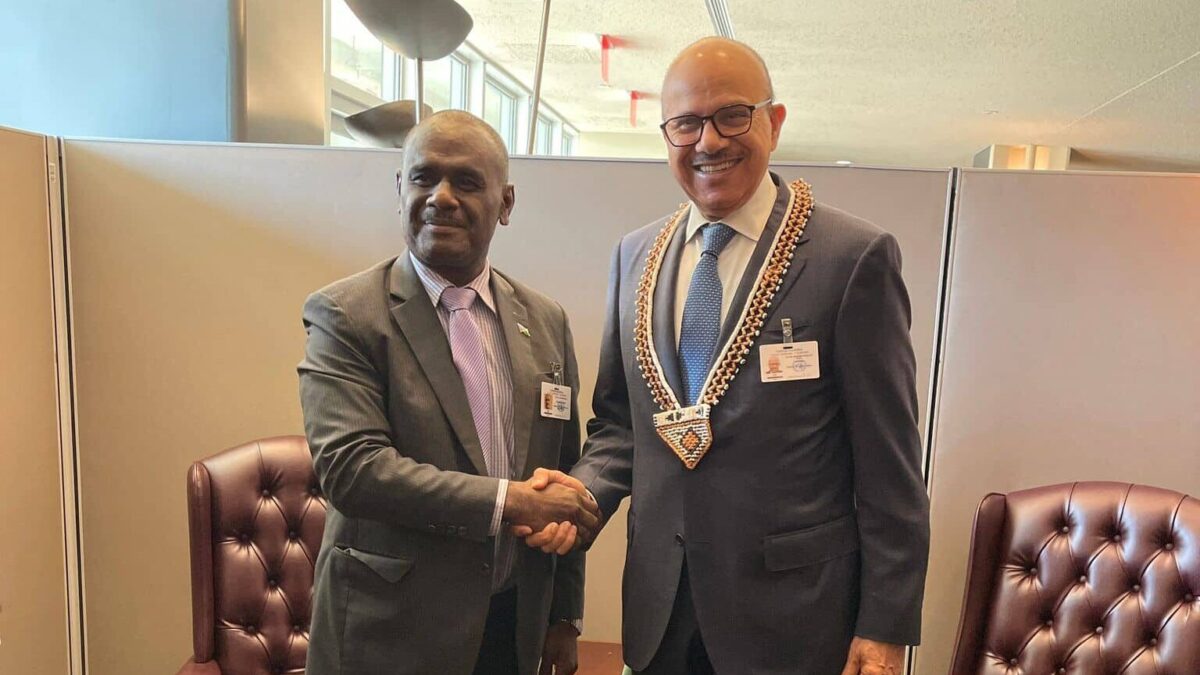 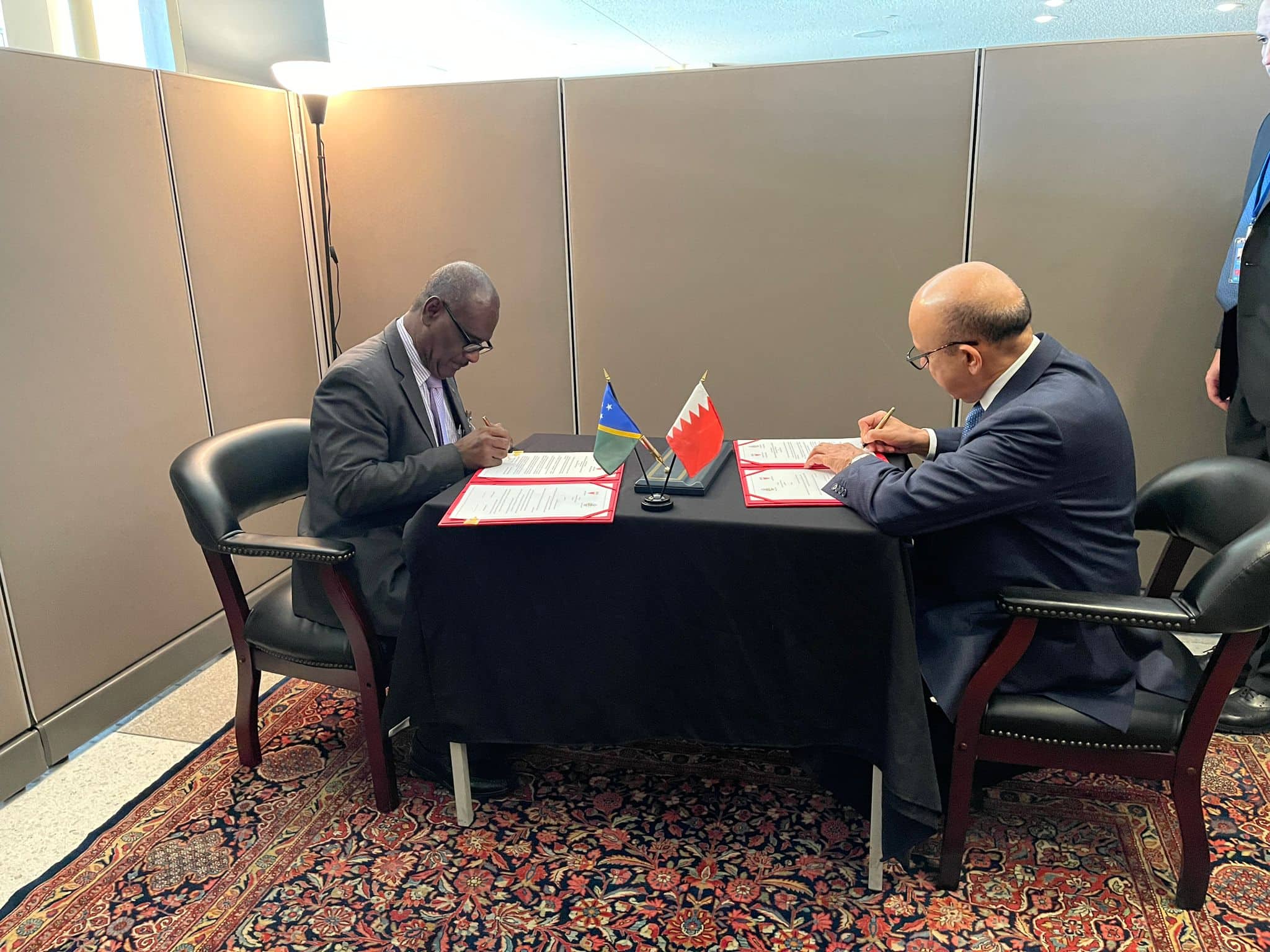 Solomon Islands and the Kingdom of Bahrain have sealed Diplomatic Relations.

During their meeting, the two Ministers reflected on a number of core challenges affecting their two countries such as climate change and the impacts of ocean pollution and Ocean acidification, livelihood and the environment.

Minister Manele also informed his counterpart that Solomon Islands is prepared to step into new initiatives to further the bilateral relations between the two countries.

Hon. Manele proposed, the two countries can pave the way for visa waiver arrangements to enable officials of both countries to visit and facilitate dialogue on areas of mutual interest.

He further proposed for Solomon Islands and Bahrain to establish an overarching framework of cooperation that will ensure specific aspects of bilateral means are properly facilitated, negotiated and implemented for the long term.

The Kingdom of Bahrain is an oil rich nation in the Middle East, a member of the Gulf Cooperation Council and a full member of the United Nations.